Luxury Watches - Fashion and a form of Investment 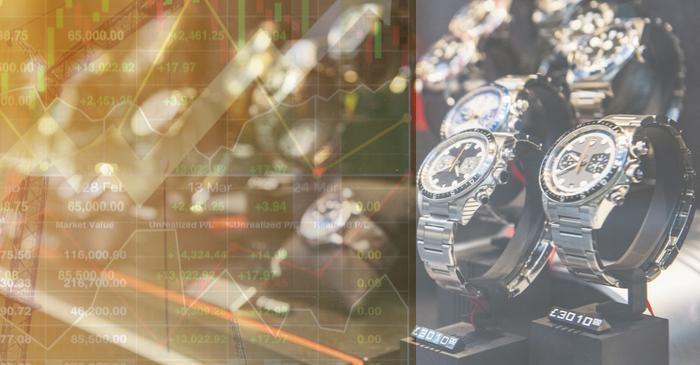 The exports of Swiss watches in the current year gained by 7 percent and an increasing number of Asian rich buyers are investing in such items. Asian millennial is buying diverse casual pieces for the workplace and casual needs, and the demand increased in the emerging markets in South East Asia like Indonesia where buyers are investing in such items.

Watchesas an asset class has been attracting rich entrepreneurs who shop in Singapore. Chinese tourists buy many such items in Hong Kong or Singapore, but they are worried over currency fluctuation and with the new stricter custom controls, the rich buyers from China will have made investments in such luxury items at home.

Luxury products are carefully considered high-worth items that can serve as a good investment. Such investments can be made by the high net worth individuals to gain through long-term investment.

As per Knight Frank Luxury Investment Index, the demand for such items, which include watches, wine, and art has been growing. The limited-edition watches of certain models and exclusive designs are attracting buyers.

Vintage discontinued editions can be high in demand, where the watches are scarce, rare, and hold some emotional value for the owner.

The models were worn by celebrities, public figures, or the ones with historical significance or endorsed by favorite athletes or football players are some of the most sought after and they mostly get a high resale value in the market.

The process of buying luxury watches for investment should involve careful consideration, although, one cannot predict the modification in price after years of investment.

Some buyers who bought such items as a Louis Vuitton or Channel bag bought in the 1970s can be sold for unexpectedly high rates in the market. The price of 1980s Hermes handbags grew 500 percent and the price of vintage Hermes Constance grew 900 percent of the original.

The items with unique creativity, quality, expertise, craftsmanship, heritage, and quality have a higher probability of gaining higher value in the future. The risks involved in such deals are many as one may find it difficult to ascertain the real value of such items.

The assessments of buying habits show older investors are more likely to buy such items in comparison to the younger generation. Other luxury items such as contemporary art by popular artists are mostly considered to be equivalent to equities, which is a great investment.

If made at the right time, it can deliver huge returns. An upcoming trend in the market includes the sale on digital platforms where the distribution channel may remain the same but the number of stores may decline.

Such items are also sold in the grey markets by unauthorized dealers often at high discounts and watchmakers suggest creating boutiques for such items to regulate the stock supply.

Some companies want to buy back from the second-hand market, their own products through watch-finder and sell second-hand at their own stores.