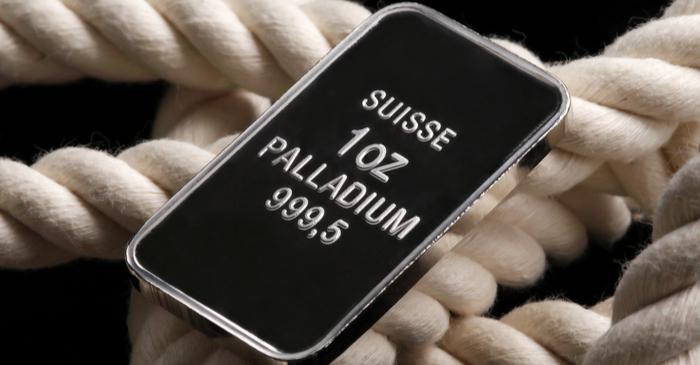 Palladium is a byproduct of nickel and platinum mining, and its market is small, in the range of $10 billion to $15 billion, but the metal has high volatility and unpredictability.

As a byproduct, it can be extracted from Russian, Canadian and South Africa mines, where these were accumulated in warehouses, and the prices were mostly low. Still, the current bubble rally led it to gain over $1000 an ounce, where leading automobile companies were forced to buy it at higher rates.

Currently, its price is 1.8 times (over $1,500-an-ounce) against platinum ($829.05 an ounce), where automakers tried leaving it for the low-cost catalytic converter platinum, which is a  stable catalyst, but analysts expect palladium to hit  $2000-an-ounce.

The supply deficit has been a reason for the price growth, but the newer, tighter emission regulations have increased its market significantly.

In general, substitution between the two metals is not immediately attainable, but, with the regulations, even a fall in auto sales is not distressing the price rally that jumped 80 per cent since August 2018, and the net long positions of the metal have increased. Various other factors such as Fed interest rate hikes, dollar strength, and geo-economic factors affected the price.

Gold is a safe alternative for people who are cautious buyers at the time of financial uncertainty as it can provide protection and higher purchasing power.  There are a number of investors who buy ETFs, coins or bullions instead of jewellery. The jewellery industry is expected to be over $300 billion, in value, by 2020, as per McKinsey.

In the West, it can be offered in 18 karat or 14 karats, but in India and China, it is mostly 22 karat or 24 karats.  Since precious metals are natural elements, they will always get the current market value. Similarly, silver offers a low-cost investment in the precious metal category, where it has a great demand in industrial processes while its resources are declining.

The reports from the SilverInstitute find the demand will gain in the solar industry and stabilize by 2022, depicting changes in the PV policies. The demand will remain stable as per the World SilverSurvey 2019, and the price is expected to gain 7 per cent to $16.75 per troy ounce.

The volatile markets, slowing the Chinese economy, trade tensions, and rise in interest rates can affect the market prices. The demand declined in China, but the need for PVs increased in European countries and Australia.

Despite being industrial metal, silver is granted favourable financing, and its gold ratio is at a five-year average of 74, where silver may outperform by 10 per cent.

To find out more about palladium investment, check 99 Alternatives at (http://www.99alternatives.com).