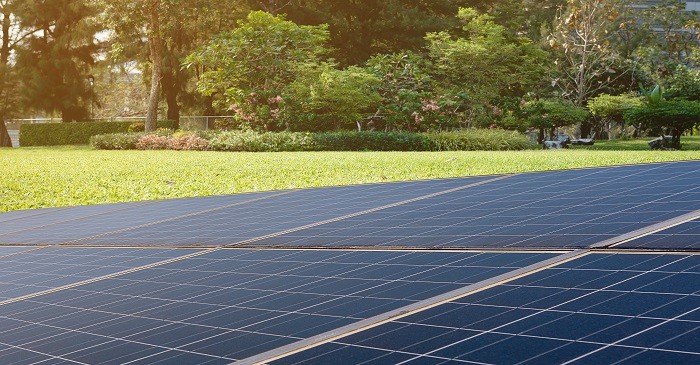 New technological advancement led to the development of ultra light weight solar panels which are highly flexible and can be installed anywhere. These are printed modules, which can works on decentralised or centralised energy system, where the user can determine the usage and pay monthly for the infrastructure as the user may not need to own the infrastructure. The traditional cells are, sometimes, unable to handle the pressure on roof tops but these could be installed anywhere - at parking lots, school buildings and parks. Australia is starting the commercial installation of such PVs made from semi conductor inks where the prints are conventional reel- to –reel installed on factory roofs.

The modules made up from printing can be made into tiny millimetre sized cell which can be sandwiched between layers of plastics. These can replace the hard material where the modules cost less than 10 Australian dollars. These panels can produce highly cost competitive energy, even when the grid is efficient by 2 to 3 per cent.

Solar boom in US and China

Sun-based energy production has many benefits where the wholesale production cost of energy is reduced when the temperatures are high during summers. The cost of solar installation involves customer acquisition, implementation, permitting, engineering etc., and roofing is done during construction process where specialized labour is required to install it.

In US, solar installation cost is still very high as compared to other parts of the world due to high soft costs, whereas, the cost of deployment, which if made easier, will reduce the total cost of energy production.   The new California regulation requires all the new homes to have solar installation, despite the fact that, the reduction in prices of panels has made it difficult for solar companies to sustain.

In 2008, solar panel boom started and US installed more than 10 GW of PVs by 2017 where at least 5 states of US are now generating 10 percent of the energy requirement from solar panels – which are mostly old fashioned cells. These solar-modules are now at least 80 per cent cheaper as compared to 2009 as new technologies are replacing the older version where the cells can be installed at any place at lakes or parks, and even the cost of maintenance is very low.  New advancement is required in areas of trouble-free storage of sun energy to enable long term use of excess energy.

China is the chief consumer/producer of solar panels as its foreign investment strategy is based on clean energy where the country is investing heavily on grid development, lowering solar price and improving relationships with countries that require support for implementation  of clean energy.

In the last few years, China aggressively stopped sanctioning coal based energy producing companies and it is investing in grid structure system where the companies are investing billions on improving infrastructure for transmission of energy outside the country such as Pakistan.  It financed solar transmission projects in Kenya and is also making progress in Asia Super Grid energy production project.

To find out more about solar panels, click 99 Alternatives at (http://www.99alternatives.com).