Global implementation of wind farms to reduce dependency in fossils 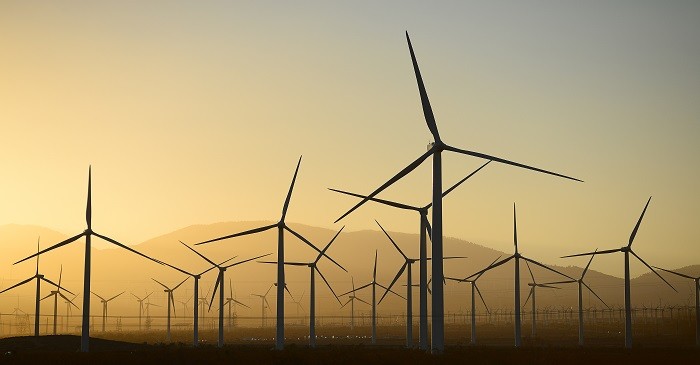 Wind farm technology is improving and cost of energy production is reducing. Higher efficiency of turbines helps to generate more (greater by 67 per cent). Both solar and wind are significant renewable sources but wind is considered better as it has been given tax credits in the US. The demand for the energy is increasing in US and Europe.

The growth of population in Europe has led to higher demand for energy but the supply is not adequate and this creates downward pressures on assets, wealth disparity and disproportionate energy allocations. The limited supply of fossils, increase in price of oils leading to inflation and low growth in wages can be a problem for the economy in future.

Green energies are advantageous over fossils as it provides cleaner energy without any health threat and in Europe 4,100 offshore turbines provide electricity to more than 20 million homes. In US the process of implementing these offshore farms has just started, although, it has one of the most productive offshore areas.

Greenland, one of the towering wind areas of the world has become the hot spot for farming where the efficiency and production is higher as compared to other parts of the world. It is believed that one super grid in Greenland can fulfill the energy requirement of EU and the US.

The European Commission in August approved support for renewable production in Denmark as the country has a goal to produce 50 per cent of its electricity requirements from renewables by 2030 and become completely independent of fossils by 2050. The authorities sanctioned three schemes which will involve investment of 144 million Euros.

US tax credits for turbines

As per latest reports, the capacity of turbines tripled in US since 2008, and it contributed 6.3 per cent of the total energy consumption of the country. The average price of power is 2 cents as compared to 9 cents in 2009 – now it is comparative to gas and the demand for new farms are growing amidst corporate customers.

The leading region in wind energy production in the US is Texas which has turbines of output 22,599 megawatts energy, and the second leading producer is Oklahoma. The output of land based wind farms is growing as the rotor blades are bigger and the turbines height has increased. US government has been providing tax credits for such energy sources. About 4 states in US used green energies to meet 30 to 37 per cent of the total energy demand in 2017. The cost of turbines has been reduced from $950 to $750 and the total cost of installation has reduced, whereas, the average generating capacity increased by 224 per cent in the last twenty years.

To find out more about wind turbines, click 99 Alternatives at (http://www.99alternatives.com).