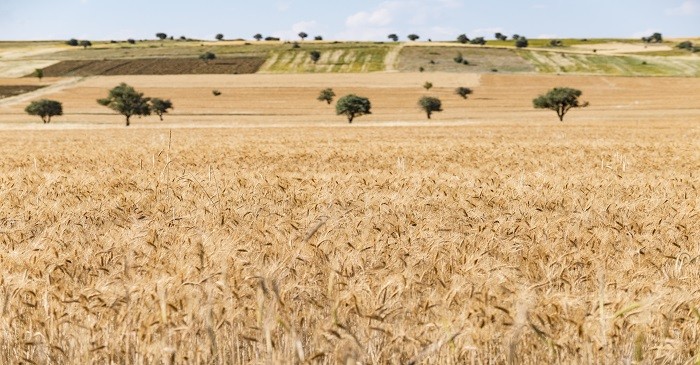 The impact of tariffs have been huge on agri-foods, where the traders believe the demand is high, but the export numbers are not as they were in the previous years due to unsettled tariff situations.  Canada entered the Comprehensive and Progressive Trans-Pacific Partnership (also called TPP-11)  - as US withdrew from it, where its trade with the countries in partnership will be of value  $95 billion, which includes the agri-food exports of wheat, barley, oats, pulse, canola, soybeans, beef, pork etc.

As per USDA, the feed grain stock in the US, declined for wheat, corn, oats and barley, while, increased for soybeans by 26 per cent, in 2018, as compared to last year, and wheat dropped 7 per cent, barley 11 per cent, oats 18 per cent and sorghum dipped by 23 per cent.

Canada is willing to seek alternative partners for international agri-food trade and countries such as Mexico are ready to enter the deal with Canada.

The global output of oats in the year 2013 was 20.73 million metric tons, and the leading countries producing oats are US, Australia, Poland, Canada, Russia, Finland, Germany and Sweden. The US is one of the biggest importers of oats and accounts for 50 per cent of the market demand.

In 2013, Russia became the highest producer of oats that produced 4,027 thousand metric tons and second highest producer was Canada, which produced 2,680 thousand metric tons of oats.  Finland and Sweden accounted for 9.1 per cent and 7.3 per cent of the total exports. Ukraine is growingly increasing its share in oats exports where its current share is at 1.7 per cent (as per OEC).

Oatsis ranked 948 most traded and the key importers of oats other than US are Germany, China, Mexico and Spain. The leading exporter is Canada, which exports oats of value $360 million and accounts for 51 per cent of the total exports.

The price of oats were reducing, since 2014 ( when it was at peak), and even in the drought hit regions of North Dakota, the total  harvested area reduced to 80,000 acres as compared to 110,000, due to lowering prices of oats,  as per USDA reports. The average yield was low and the buyers opted for oats from other counties.  U.S. oat imports have been increasing, since then, and the imports could exceed 75 per cent of the total purchases.

Canadians production of oats had been increasing in the last few years, even though, quantity and quality of crop reduced, the bids were made in the range of $2.75 to $3.75 per bushel.

Japan reduced tariffs on Canadian import that is expected to boost sale by $200 million a year.

The demand for oats is high in China, where the health conscious new buyers led to imports of more than 200,000 metric tonnes in 2016/17- USDA reports. This accounted for 9 per cent of the total imports. Even though, the demand for oats in China is high, there is heavy duty on Canadian oats and this demand was met by Australian exports, that has free-trade agreement with China and the exports are expected to account 10 per cent of global oats exports.

To get new updates on food grains and trade, check 99 Alternative – (http://www.99alternatives.com).