Market volatility and Brexit led to increase in Gold Investment 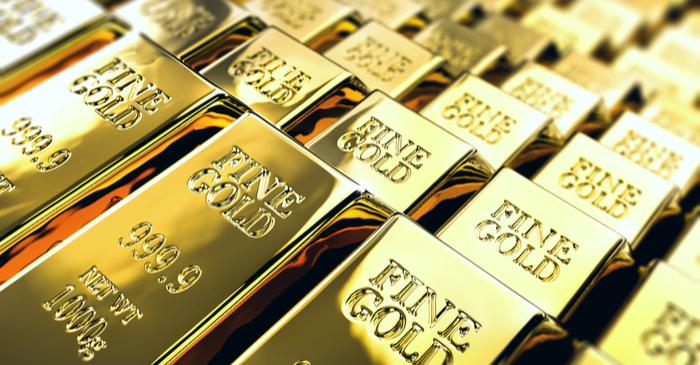 A survey on gold investment by online bullion dealer BullionVault found at least 80 per cent of the investors believe in the rise of price of precious metals in 2019. There are many reasons for the increase, where the key factors are market volatility, US-Sino trade issues, possible economic slowdown in US and Brexit. Although, gold fell last year 10 per cent, the survey by BullionVault found a rise in price by 10 per cent can be expected.

Stock markets are concerned and expecting a fall in growth and investors want to remain adequately protected and invested in uncorrelated assets.  The price of gold remains the same everywhere (any country / any region) and it can be held at portable stores. Holding gold to back the currency is considered to be a wise strategy but many reserve banks today hold gold less as compared to the money they have printed and circulated in the markets.

In the current markets, investors do not have many uncorrelated options available and need to choose from gold, bonds and infrastructure. The metal provides physical security and is deeply liquid as it has a high trading volume. Rather, it has been found to be the sixth largest as a currency in the world, and during the time of economic crisis it does well.

It does not provide any dividends or yield as such but its price itself can provide the idea of what one can gain from selling it. Dollar has inverse relation with the metal where the rise in dollar can cause a decrease in gold rates, even though, it is a dollar denominated commodity.

As per Scotiabank, gold backed ETFs value grew 2.25m ounces in September and the price grew above $1290 per troy ounce. The Pure Gold Company that trades in physical gold and silver reported 324 per cent increase in number of people buying physical gold bars as well coins in the week.  There has been an increase in gold purchasing after Tuesday, post UK Prime Minister’s vote in the House of Commons over the Brexit deal where the prime minister lost by 230 votes, that created instability in politico-economic state of affairs.

The gold company said the number of enquiries over such purchases increased by 173 per cent in the last week as compared to average of last 12 months. Most such enquiries and investments are targeting security in the time of doubt, more than ever, fearing market failure and slowdown. Even in such conditions, the price fell from $1,294.80 on 3 January to $1,289.10 in a week as the equity markets showed positive signs of recovery.

The precious metal, in general, is believed to be an alternative way for storing value. In December, the price increased starting a new growth trend but with the positive trends in equities, the prices are heading down. The merger of two large mines Newmont and Goldcorp, created news, where the miners had to make arrangements due to decline in reserves and grades, decline in discovery of new reserves and increase in production costs.