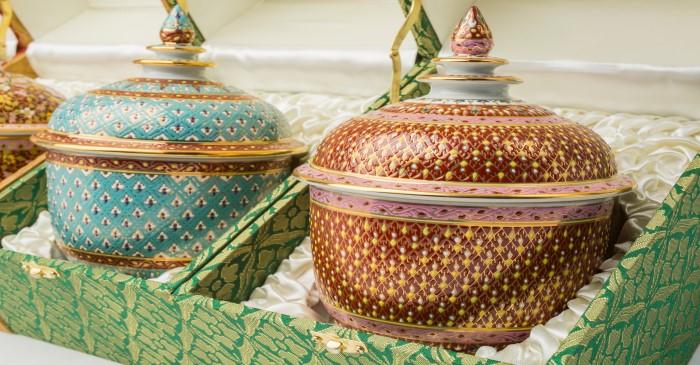 With the increase in number of rich investors and buoyant economy, many new Chinese dealers and art collectors are investing in rare art and bone china sets belonging to the country’s past, since 2000.  In the last year, a number of countries faced stock market volatility and buyers invested in alternative safe assets.  The main difficulty regarding the sale and auction of such items is the authenticity, where intellectual property theft is becoming one of the key issues in the market.  In October 2018, Sotheby’s Hong Kong branch sold porcelain poppy bowl belonging to 18th century Imperial China for $21.6 million. Another bowl decorated with fish expected to be from imperial Qianlong era was sold for $19 million.

On site live bidding of Chinese imperial treasures was held by Younie Auction Sdn Bhd at the Asian Fine Arts and Collections Auction. The auction was held at Kuala Lumpur’s Younie Gallery where around 100 Chinese teapots, artworks, watches and tea puts were auctions. There were over 50 on-site bidders for the items, which included 100 to 900 year old pieces belonging to Qing and Song dynasty. The gallery authorities claimed the items are rare and limited in number.

Some of the new developments in collectible auction sector involve the new charging rates for condition reports, where some companies are charging £10 for a condition report. There are many traditional items auctioned at a low price, and a higher cost of condition report (up to £100) can lower profits. In 2018, Sotheby held a private selling exhibition in Hong Kong of the Old Masters in September, where 15 out of 40 artworks were sold.

Auction of Asian collectibles, at the outset, started in 1970s / 1980s in Hong Kong and Taiwan, but in the last few years, there have been an increase in the number of such auction houses in the Mainland China.  The growth in the number of Chinese rich buyers increased the market demand and the price of Asian art grew with the inflow of new buyers from the country, which peaked in 2012, and the markets of such arts and antiquities corrected in the last five years. Buyers gather at Christie, Bonham’s or Sotheby in London to get the best items. There are many items sold over phone or internet. Millions of pounds are spent by Chinese rich buyers on these items.

These days increased transparency related to the  history, dating, estimates, documents,  photographs and footnotes of such antiquities with comparative examples can be found. Earlier, a number of vintage artifacts and artworks were sold at auctions but now these are showcased at online sales, where new claims regarding the authenticity and prices are made.  The number of legal cases related to ownership and origination of antiquities has increased in the last few years as per the Antiquities Dealers’ Association that has restricted sale of some pieces and hindered business in some sections.

To find out more about Bone China Sets investment, check 99 Alternatives at (http://www.99alternatives.com).