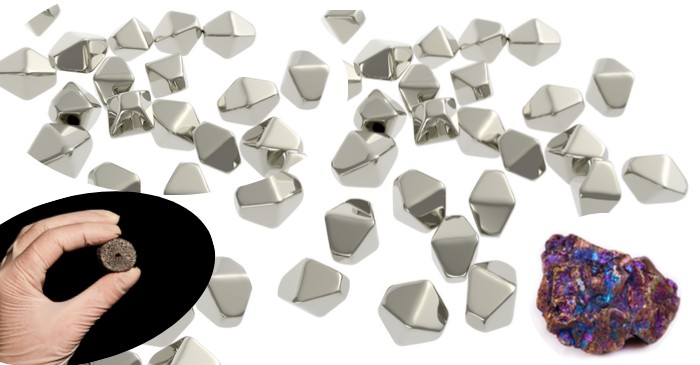 Precious metals (e.g. gold and silver) are used in dental casting but these are more and more being replaced by the new trend of non-precious, widely available, useful metals such as titanium, which has great utility in dental implants, artificial joints and in bone screw.

Titanium (Ti) has many advantages over other metals such as its specific gravity is lower than nickel chromium and its corrosion resistance is high. Its properties are similar to dental gold alloys, although, its price is almost, or a bit more than cobalt. This is one of the least expensive alloys used in dental fixtures. It has a high melting point but its chemical reactivity at higher temperature is high.

There are various applications of Ti where it can be alloyed with other metals such as copper and aluminium to create products for industrial, recreational, aerospace and pyrotechnics. Pyrotechnics include chemicals which produce fireworks and are used in entertainment, or theatrical special effects.

Titaniumoxide is used by the astronomers to discover cool red dwarf stars.

Ilmenite - Titaniumores
Ilmenite provides 89 per cent of the worldwide demand of Ti. Ilmenite is a common mineral found on the surface of moon and is mined mostly in the U.S., South Africa, Sierra Leone, Japan, Russia and Australia.
The information provided by USGS and National Minerals Information Centre (US)  finds the highest reserves of ilmenite can be found in Australia (approx  250,000 million tons), and second highest reserves are in China of about 220,000 million tons.

Its consumption of Ti, in new technologies, is greater than last years, hence, price of ilmenite increased by 60 per cent in 2017 mid year, while, the price of rutile (Titaniumdioxide) remained constant across the year in 2017.

Titaniumsponge is used in aerospace and industrial application, and titanium dioxide is used in paints, plastics, paper and as a catalyst in fabrics, floor coverings and roofing’s.

Titaniumdemand is related to macro economic factors and China’s demand for titanium is growing. In the U.S., titanium of value 318 million dollars was purchased to meet the local demand where, in 2017, 80 per cent of titanium mined was used for aerospace application, and 20 per cent of the metal was used in industrial processes, power generation and consumer applications (in the form of titanium dioxide).

A large scale production of titanium is expected to start, in 2019, in Dundas ilmenite project in the North- West coast of Greenland. Some other large mining projects can be found in Sierra Leone, Tanzania and Mozambique.

Check 99 Alternative (http://www.99alternatives.com) to get latest trends in titanium bullion investment and other metal markets.