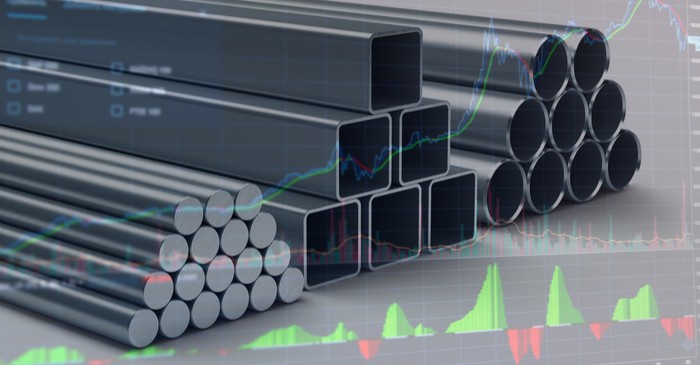 The U.S. trade deficit increased to approx $50 billion ( Euro 38 billion) a month, and this  led President Trump to announce 25 per cent tariff on imports on steel and aluminium goods.  The announcement will have a long-term impact. It is expected that this will lead to job loss in European industries, and consumers will have to pay more for some of the US goods. European stocks posted losses after the announcement and US stocks advanced in the G7 weekend.

Demand for steel in America

Ironand steel are least expensive and used in construction, containers, cars, transportations and many industrial processes.

More than half of the raw steel produced in the world comes from China that produced 831 metric-tonnes of crude steel, in 2017, and the second largest producer of steel is the EU, which accounts for 10 percent of total steel produced globally.
Globally, economic analysts believe that 88 per cent of the steel exports go to other countries, but not to US.

North America produced 116 metric-tonnes and South America produced 43.7 metric-tonnes of crude steel, in 2017, as per USGS 2017 reports.
As per National Minerals Information Centre (US) & USGS, most of the imports of steel and iron in the U.S. come from Canada (15 per cent) and Brazil (12 per cent). Other sources of imports are Mexico (9 per cent), Korea (12 per cent) and some other countries (that account for 51 per cent).

Dollar gained in G7 weekend, and the US stocks rose, helped by the technology and retailers stocks.

Experts believe such actions will lead to a number of geopolitical changes, where countries will impose tarrifs on U.S. imports.

In a recent development, countries are imposing duties on US imports on an assortment of items. Mexico announced duties on pork up to 25 per cent, and it will waive tarrif on products from other countries to ensure adequate supply.

Why tarrifs were imposed by the U.S. government?

Firstly, the U.S. is trying to produce newer compounds of iron, which includes the development of lighter and stronger steel, to be used in vehicles, which can compete with aluminium in the automobile sector.

The new component in iron and steel will ensure fuel efficiency in vehicle models and are expected to be one of the strongest iron compounds, which will be built in North America.

Secondly, as per federal investigations, steel imports posed threat to the security. U.S. steel industries believed the imports distorted global market conditions and excess of iron and steel produced by some countries was dumped in the U.S., which posed security concerns. Investigation found steel and aluminium import was harmful to home steel companies, which are believed to be more economical and reliable.

To get some more global reports on metals and mining industries, contact 99 Alternative (http://www.99alternatives.com)