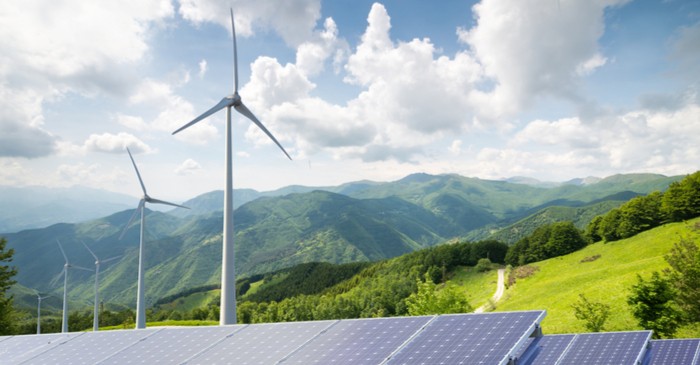 Low winds and heat waves pose risk to wind farms in Europe as it reduced energy production by 40 per cent in the UK leading to rise in gas rates. Renewables delivered approximately twenty-eight per cent power in UK, in Q1 2018, and is assumed half of the demand can be met by such sources by 2030. The latest trends suggest these sources of energy can overtake renewable such as coal as in Germany, where, the energy output in first 6 months will be able to fulfill full-year demand. Projects in Denmark are eyeing new areas for wind farms but the heat wave raises risks. Countries such as Japan, widely dependent up on nuclear power are seeking alternatives in such sources.  The cumulative output from such sources was up to 546GW in 2017(globally), as compared to 284 GW in 2012 (as per the IEA).

In general, the total global investment in wind farms was worth US dollar 1.8 trillion, which was down by 2 per cent as compared to 2016. Some of the leading producers of green house gas such as US showed a decline in carbon intensity in the year, and carbon emission through electricity reduced in the US in 2001 to 2017 by 30 per cent.

Most countries need to enhance investment in such sources. In 2017, the expenditure on fossil fuels increased for the first time since 2014 and this indicates countries were shifting back to non –renewable.

Investment made in such energy source was about US $360 billion. China is the biggest wind farmer but low investment is unfavorable for such fields. The overall investment (in all types of renewable) was low by 7 per cent, and 15 per cent reduction in wind, even though, cost of producing such energies has reduced.

Japan will trap one of its largest wind energy regions of the world to produce energy to fulfill home demand. Wind energy accounts for less than 1 per cent of the total energy output, while; it is up to 10 per cent in other areas such as Europe.
There are many reasons for Japan to explore such alternative source of energy. Firstly, the energy cost in Japan is higher in comparison to other global economies, which reduce the competiveness of companies, mostly, production and manufacturing companies in Japan. Secondly, carbon output increased due to suspension of nuclear power energy producer. Companies from Germany, Norway, Denmark and Spain are researching regions in Japan where such energy can be easily trapped efficiently. Study related to hurricanes and natural hazards is also being conducted.