Impact of trade war on US and China solar panel business 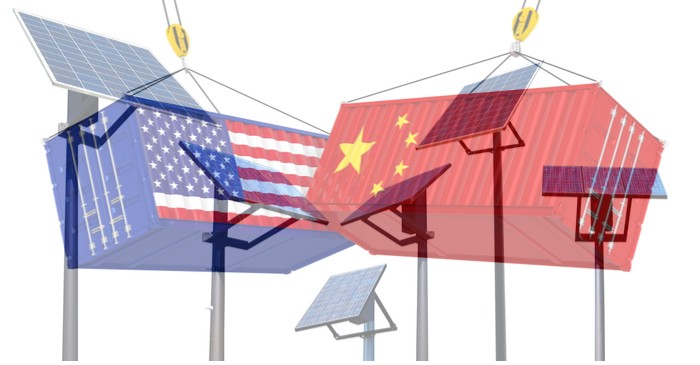 Expert believes by 2050, US energy demand will completely be met by wind, solar and water.  These solar panels are built on metals with a battery bank, which can be made up of lead-acid or alkalis, and some new commissioning methods are being adopted by producers to promote easy storage and use. It is expected the total value of the US market will be US $22.90 billion by 2025, due to increase in number of people who want to install environmental savvy energy sources. China solar markets are almost equivalent to US but production that grew aggressively before 2016 is now reducing. Before 2017, a record number of projects started in renewables, but, last year, the production was low by 15 per cent. This year China will cut production up to thirty per cent to avert oversupply, and the total installations will be made in the range of 95 to 107 GW, in 2018.

US government imposed thirty per cent import tax on solar panels (2017), which affected the local and overseas US solar trade. The demand is increasing locally as people are more–and-more adopting solar energy sources. California energy demand is very high. It cut greenhouse emissions in 2007 to 2015 by 9 per cent. Also, it has some of the highest electricity prices in US but production lowered in comparison to 2009.
Low cost China-made panels led the solar energy boom in the US, and such panels were offered at artificially low price to US buyers. Currently, US solar panels market is growing and demand is very high in some regions but the prices crashed in 2018.

The government is planning to promote production of low-cost solar energy panels at home to meet the demand. Some US companies such as the SunPower applied to get immunity in tariffs as the company feels the new change will reduce their capability to invest in new project.

Recent US tariffs on import of $34 billion will significantly change trade. The ban took effect on July 6 where China retaliated with extra tariffs on dairy production, farm and automobiles.

The tariffs led to the rise in price of US solar panels, immediately, after the announcement.  It was assumed the price of Chinese-panels will also amplify due to recent tariffs but, in May this year, China announced incentives and discounts on its solar panels to ensure overseas sale to counter global oversupply. It resulted in low rates of Chinese -panels and now the price is expected to go down by at least 35 per cent.

Aluminum and steel, which holds the panels on the rooftops, used as raw material in racks, will also be affected.

Many large scale US solar companies are affected by the new change in trade situations. The confusion in the market led to change in strategy of US solar panel companies, and trade unions are anticipating a job loss of over 23,000 in this year. Additional, 250,000 people will not be hired in the sector as was assumed by the companies.