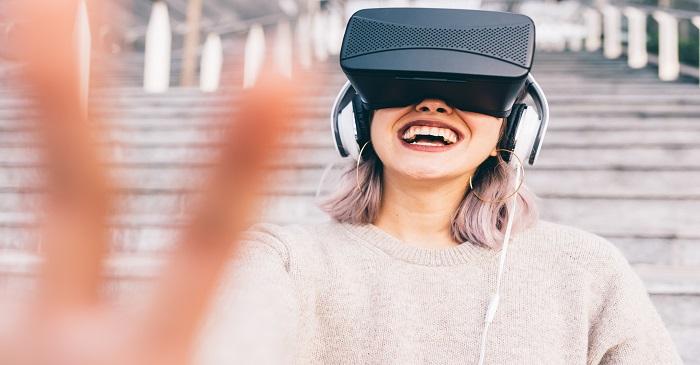 Virtual reality provides the player with a life like gaming experience.  Initially, it was introduced in 1980s, where some gadgets were launched with such features. The first VR was launched in 2016 through Oculus and HTC Vive headsets.  In 2019, Facebook's headset model of Oculus Quest is expected to release, which provides headsets to play NBA basketball games and watch YouTube through virtual reality.   Playstation released new PS4 and PSVR. The cost of such technologies lowered in the last few years, but its features improved.

The famous “Tetris Effect” has now improved with virtual reality, and one of its levels will involve underwater effects with bubbles coming towards player.

Sony Interactive Entertainmentintroduced the Astro bot similar to Super Mario. Astro bot is introducing a 30 degree range of motion for the players to move forward.  It will provide improved replay-ability, meshing interactivity and better experience.

“Marvel’s Spider-Man,” is also preparing to launch the game on it.

Oculus announced the finishing of the first generation headsets and prepares to launch the standalone headsets, which will be set in-between, Go and Rift.  The technology can be used for 3D modelling, education, creative works, training and stimulation.

BBC started investment in tech-based games in 1983 in Doctor Who, and into multimedia in 1995, where the software Teletubbies and Robot Wars were created. In 2010, the company set up an office in Los Angeles where it planned to again invest in game. It created a series of mobile apps and various products for PS3. Now the company is developing games with licensing models and BBC is now looking to invest in GamingFirst strategy involving video games and developers.

Intel, recently, committed to deliver some of the most compelling gaming experiences based on Intel architecture. Overwolf is a fund, which focuses on creating Overwolf apps, which are based on next generation technologies. Overwolf and Intel together are creating the $7 million fund, mainly, for mods and apps for gamers. The main aim is to provide enhanced experience in PC games.  The fund will start in 2019, and will invest in the range of $10,000 to $500,000.

Most gamers are streaming videos on Twitch as they need better performance. The Twitch Q2 data 2018 show the number of viewers increased to 1,040,000, while, the number of concurrent viewers of Youtube are 326,000.

Intel is preparing to introduce VR capable systems, which can be used to watch American NBA, NFL, NCAA and others.

Virtual reality is still a luxury and requires more consumer friendly approach. The product, currently, appears bigger, bulky and is suitable to a specified class of buyers.

Such systems are still not popular with emerging markets such as China where the PC, TV-based and mobile games are prominent. The expected value of the market is more than $736 million. The gamers are using console based or TV based systems, and its market is increasing at the rate of 14.6 per cent y-o-y as estimated by Niko Partners. The market value is expected to reach $897 million by 2022.

To know more about gaming investment, check 99 Alternatives at (http://www.99alternatives.com).