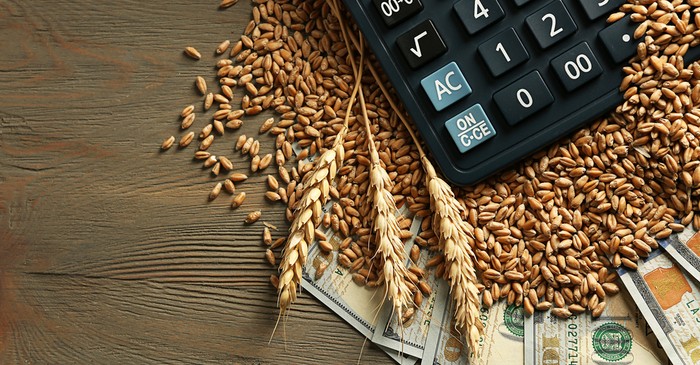 Global wheat business and production has been affected by climate change (drought in EU), amplification of Russian exports, and rise in US inflation, US-China trade hassles, and GM worries.  Mainly, Canadian wheat production dropped in the previous year (2017 – 18), while, the quality of crop improved where the wheat grower held onto their stocks to get improved prices. US president Donald trump’s action against the Trans- Pacific Partnership (TPP) and G7 effects will amplify Australia’s wheat exports, whereas, the exports of US wheat can be at peril.   China is preparing to impose tariffs on US imports, which includes wheat, rice, diary and pork.

The September, Kansas City Red Winter wheat contract (as on June 29) was quoted at US dollar 4.8850 per bushel, while, the wheat bids were down in western Canada.

Japan is still one of the largest buyers of Canadian wheat as it purchases more than 1.5 million tons of wheat, although, the purchases were suspended on June 15 (post CFIA Announcement due to the presence of unapproved GMO). Earlier Japan had suspended wheat imports from the US, when GM wheat was produced in Western US (in 2013).

In Canada, the trial of GM wheat has been banned and there exists support for the open air test to check – if it is GM or not.

Earlier, the leading exporter of wheat in the world was the US, that exported total wheat of worth US$6.1 billion (2017 stats) and this accounted for more than 15 per cent of the global wheat exports.

Most of the Southeast Asian demand for wheat was, met by Australia, United States and Canada but now the new supplier in the region is Ukraine, which has expanded exports to South-East Asia and, even Argentina, where it is reaching these key markets with competitive prices. In the EU, the country such as France requires reinvestment of billions of dollars into the grain industry to become the top wheat producer of Europe.

Russia and Canada were 2nd and 3rd highest exporters but now greatest exports are recorded by the EU and Russia, which are the leading suppliers of wheat, offering competitive prices and having proper connectivity to the markets of the Middle-East and Africa.

In 2018, South-East Asia and the Sub-Saharan Africa will be the topmost regions of wheat imports and the trend will continue in the coming decade because wheat accounts for significant portion of their diet.
Highest imports of wheat were recorded by the Middle East and North Africa in last few years, however, demand for wheat has not increased, in these regions as in Southeast Asia and the Sub – Saharan region.  In 2018 – 2019, North Africa’s import of wheat will reduce due to excess production in the countries – Tunisia, Morocco and Algeria. The imports in the Middle-East will also reduce because of the low demand in Turkey.  Bumper crops in Turkey, available stocks and low export of flour can reduce price for wheat in Turkey.