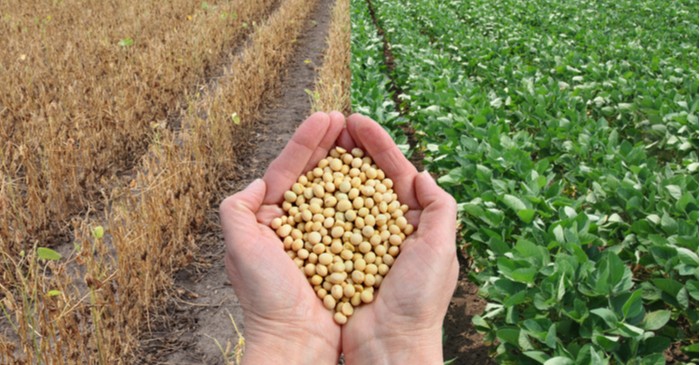 Soybean has been one of the key points in the trade war between the US and China. Soy is one of the imports on which the Chinese government announced extra tariffs to be effective from July 6(2018).  This way it will indirectly target some of the agricultural communities of America – who voted for Trump.

The soy exports from US have been decreasing since 2012, when it was one of the leading suppliers of soy.  At present, China was expected to get 1.14 million metric tons of US soybean. Earlier in the year, China re-sold some US deliveries to Iran and Bangladesh – approximately volume 123,000 tonne.

Argentina and Brazil are leading exporters of soybean, while, Ukraine, Canada and Paraguay are largest soy producing countries. The export value of soybean oil of Argentina is up to 44 per cent (worth $4.14 billion metric tons), and Brazil accounts for 9.6 per cent (i.e. 911 million metric tons).   China, Cuba and Morocco are some of the largest buyers of soybean oil, whereas, Russia was one of the leading exporters.

After G7 summit, Chinese companies directed to withdraw soybean trade from US exporters in the quarter ending August 31, as the extra tariffs on US goods gets effective in the month of July.  This year it is expected that China will have to buy up to 97 million tonnes of soybeans, although, the country already has a good reserve of imported soybeans.  The buyers are trying to get the best quality, at the right price, whereas, the imports of soybean are boosted due to higher demand in the local market.

The recent developments will lead to rise in price of soybean in China, even as, the government has announced a special premium for shipments from Brazil for August deliveries, which is up to 70 percent, in comparison to the US.

Brazilian share is increasing in the global trade for this crop. Although, it is harvesting a new crop, it will sell only when the last year crop is completely traded. Brazilian cost were up to $ 428 a tonne in March. It is said that more than 60 per cent of the soy crushed in China in this year, will come from Brazil.

The trade of meat and sugars was lower in the month of June due to the bans by the trading partners in EU on Brazilian poultry but soy bean and green coffee trade was up due to Chinese imports.

The European Union has been developing policies to shape the production and demand of oilseeds and new policies have been proposed for increasing protein production in EU – these developments will impact oilseed imports.

Get some newest updates on soy trade, supply and demand at 99 Alternative  – (http://www.99alternatives.com).