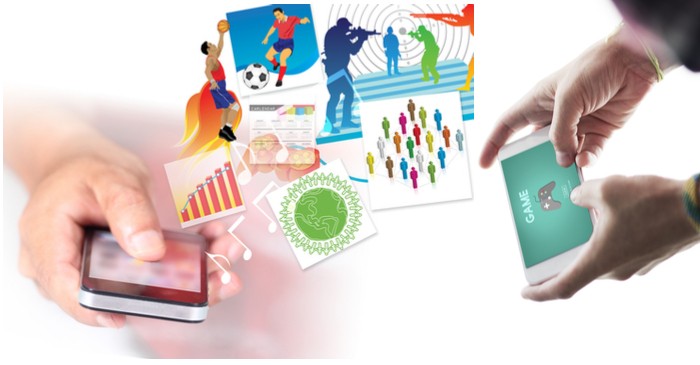 The comScore report (August 2017 version) on US adults found - 50 percent of the digital media time was spent on mobiles, and media subscriptions through mobile phones were increasing each year with the rate of 20 per cent that included individual subscription and household subscription. As per Deloitte Global - Mobile games technologies are driven by convenience, fear of missing, shared experience and live performances, where the live match experience can be gained instantly through Smartphone ticketing or e-commerce sites.

The mobile games sector has moved from the high download numbers to retention and long duration engagement, as the players are quick to move to another game, due to high availability of different types of free mobile games. Some of the pre -established gaming markets are present in Europe and the US, and the emerging markets in games industry are Brazil, China, India and Russia.

In the technology sector, mobile gaming, media, telecom and technology has been contributing over £125 billion to the gross domestic production (GDP) of UK and it is also responsible for generating more than 25 per cent to the employment.

The results obtained by a survey conducted by pocket gamer.Biz, in 2018 show Google’s ARCore are one of the leading platforms in gaming. Apple and Google are trying to grab their marketplaces in online gaming by intruding new technologies and features. Android and iOS are the preferred by developers and the share of other PC platforms are gradually declining in mobile gaming. The preferred technologies of development include virtual reality and augmented reality.

Research on mobile gaming finds the number of players can reduce in game if they have to pay a price, alternatively, the gaming preference is moving to digital arena, where the gamers’ find free options more convenient as compared to digital purchases.

In the UK, the gaming hardware, digital online sales and boxed software were in demand and consumer spent into different types of gaming software, books, merchandises, toys, movies and other entertainment sectors related to games. In 2017, the entertainment sector, which included the video, music and games sectors – showed highest increase in games demand as compared to other sectors.
There are many hubs in the European cities and London, which attracts developer to this creative industry.

The upcoming strategies in the mobile games sector are based on transparency and self regulation, where the European developers are making some of the top games, which have reached billions of euros in terms of valuation.
One of the prime reasons for popularity of mobile games is affordability and availability of a number of options for different types of users, where innovative games are introduced rapidly.
Many mobile games are available - free to download, and some of the popular games are made into movies (e.g. Angry Birds).

In the entertainment sector merging stories from movies, games and comic books is prevalent, e.g. Star Wars: The Force Awakens – is sci-fi movie and a popular game. The game sold 2.3 million units, in 2017, in the UK.

To know about some of the latest development in mobile games sector, visit 99 Alternative (http://www.99alternatives.com).