Identifying the rarity of imperial topaz 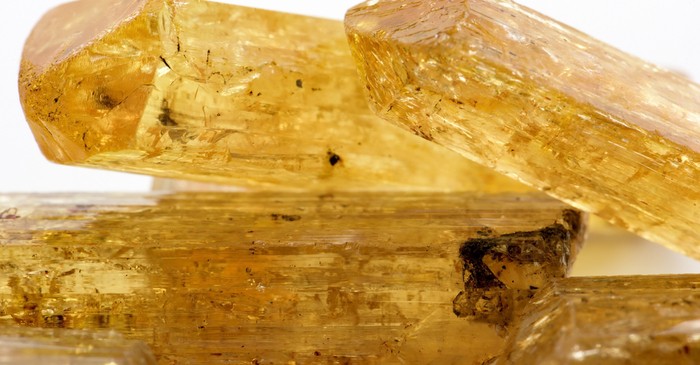 Precious stones account for more than $80 billion market (2016) globally and highest level of topaz mined from various parts of the world goes to buyers from China, US and Japan. Earlier, these stones, mostly bought from Brazil, were very popular in Paris, displayed by jewelry brands at auctions and engrossed by popular media personalities. At that time France was in trade relationships with Brazil – where these stones were mined.  The rare Ona Munson Shangai Gesture topaz, 1941’s necklace can be seen at vintage LA store -Decades Inc. In the current trends, the price of 1 carat Imperial topaz can range in 200 and 400 euro per carat and a cherry red stone can be traded in the range of 2000 to 4000 euros per carat.

Imperial topaz was also famous in Germany and Italy where significant impact of Paris fashion and trends could be seen.

Imperial topaz is linked to the 17th century Tzars of Russia and some of the rarest varieties are sherry, purple and pink-red (found in Pakistan) to orange in color and cylindrical in shape.

The "El-Dorado Topaz" is one of the famous stones collected from Brazil mine Minas Gerais. The stone containing the El-Dorado Topaz – the largest faceted topaz weighing 37 kg was discovered in 1984.
El-Dorado means the place where you get wealth. The cutting and polishing of the original stone reduced the weight to 6.2 kg and the finished gemstone was 31000(i.e. 6.2 kg) carats. This stone was part of special exhibition gem collection for a jewelry group in Spain. Brazilian Princess Topaz 22,892.5-carat is the 3rd largest.

Since there are a number of colors found in the stones, it is very difficult to specify distinct identification qualities of these gemstones without laboratory tests.  These stones do not undergo heat processing or hydrothermal treatment because it contains liquid and gas which are like clusters and needles like voids, and some of these gemstones contain liquid, hence, are susceptible to fractures. Some of the liquids and gas in the stones can cause explosion on heating.

The initial deposits of Imperial topaz were found in Urals, Russia. Brazil is famous for both Imperial Topazand Santa Maria Aquamarines.   Gem quality topaz can be found in Mason County, North America, but weight of one of the largest stones from these regions is less than 3 pounds. Earlier they were thought to be radioactive, but now, Imperial topaz which mostly comes from Brazil - Ouro Preto, is widely used in jewelries.

Most imperial topaz mines in Asia and Russia are now depleted. These gemstones are mostly found with a number of minerals such as quarts, hematite and rutile. With the implementation of certain environmental laws the production ceased in the mines of Brazil (Capao mine). Currently, some mines are producing inferior quantity stones.