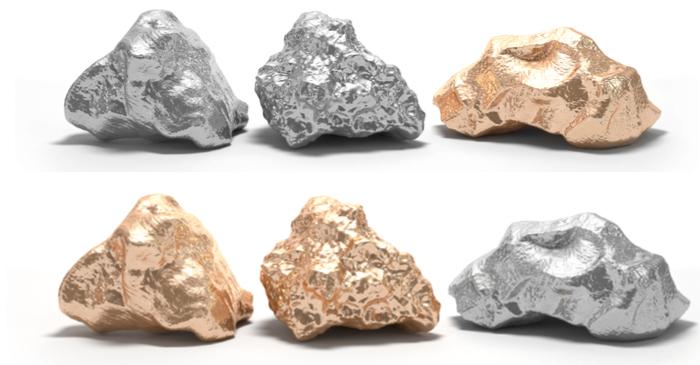 Gold was a $1,278.75 a troy ounce as the rate of dollar increased 0.1 per cent.  The report on China’s economic growth was released in the last weeks where it points towards slower growth in 28 years at 6.6 per cent, and in the last quarter, the growth was 6.4 per cent.  The country introduced a number of actions including tax cuts and stimulus to handle the issue. Traders are optimistic about negotiations between US president and Xi, where a positive development can lead to increase in price of copper. Other metals - silver was at $15.25 a troy ounce, palladium at $1388.50 a troy ounce, and platinum was at $798 a troy ounce, in the last week. Aluminum gained to $1873 metric ton and zinc was at $2,584 a metric ton.

The conflict between China and US has had a long-term impact on the price of copperwhere the negotiators are expecting to get a deal. The forecasts by leading Chilean CopperCommission claim the price of copperwill average $3.05/lb in 2019. For 2020, the predicted price of the metal is averaged at $3.08/lb.

Although, there has been a continuous decline in copper stocks and production at the second largest copper operation (i.e. the Indonesian copper mine) was disrupted, the price forecasts remain unchanged.  Price was hit by withdrawal of investors from commodity markets, who wanted to conduct the trade transactions in US dollar. The uncertainty over US Sino trade relations and announcement of tariffs last year, led to fall in price, but the growing difference between supply and demand can create some new highs, in the first half of the year.

The EPIC Corporation, recently, announced to introduce EPIC silver coins for crypto – currency. The step was taken to help the digital money to be represented as a precious metal and the purchaser of the metal can convert its equivalent into digital money.

There had been heated arguments at Davos during the World Economic Forum meet where the BOE senior adviser said cryptocurrencies were worthless.  Key global investors made their point over difference between blockchainand bitcoins, where most such investors believed that blockchainwill persists but bitcoin as a pseudo currency can go to zero. Jeff Schumacher, BCG Digital Ventures founder, said he did not suspect it will go to zero but he did not have trust in it as a currency as it is not based on anything.

Some felt blockchaincannot stand without BTC.    Co-founder of SilverLake Partners, Glenn Hutchins, said he was less interest in investing in BTC or its currency equivalent or blockchainas an accounting ledger.

To find out more about copper investment, check 99 Alternatives at (http://www.99alternatives.com).