Gain in canola oil due to production concerns 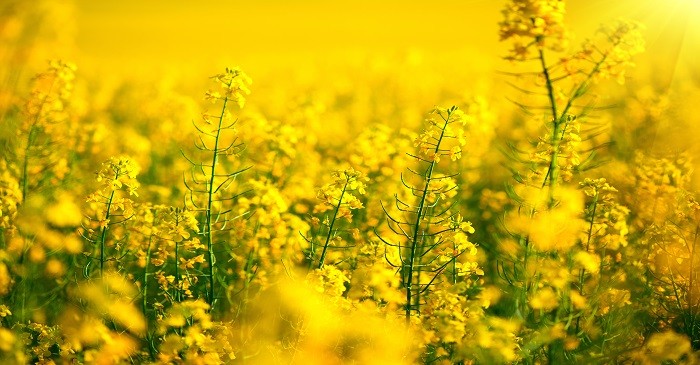 China drastically reduced imports of oilseeds from US and is using alternative feeds e.g. sunflower oil or rapeseed meal, while, shifting to alternative sellers such as Russia, Kazakhstan, Ukraine, and Canada etc.  Some farmers in US believe the imposition of the restrictions in trade can make US unreliable trade partner where the buyers will move to other sellers leading to loss of trade. Recently, Trump admin claimed they stuck a deal with Mexico to replace NAFTA and this raised the hope to get more trade agreements in future.

China is leading importer of Canola and Canada is one of the leading canola producers but low precipitation and high temperature this year resulted in drop in yield by 10 per cent from 2017. Analysts believe the yield will be 19.2 million tons, one of the lowest since 2015.

The northern region in the Peace River accounts for 40 per cent of the total crops. The heat waves of August in the southern prairies caused draught earlier in the season and the areas such as Manitoba, Alberta and Saskatchewan had about 60 per cent less precipitation as compared to previous years.  The industry is closely watching the yields as the harvest are progressing and a latest survey has been conducted to revise the upward forecast. These conditions can lead to rise in price. It is suspected canola futures can gain to $26.35 a ton due to tighter supplies.

There are other concerns related to canola harvests, where the soil borne disease has been threatening yields. In some of the regions of prairies, clubroot is infesting plants. It is a disease that grows on roots and prevents the plants from taking nutrients from the soil leading to poor yields. Earlier in 2003, it affected only a few fields but now many new cases of the disease have been traced.  Agriculturists say they expected record yield in the year but infections led to dead patches in a number of fields.

Canola was created through cross breed where undesirable traits were removed from rapeseeds. The oil is believed to be rich in heart healthy fatty acids which can lower bad cholesterol and regulate blood sugar. It is used as cooking oil, animal feed and salad dressing. At least 2 per cent of the cases of clubroot have been reported by the farmers.  The fieldsmen say it is highly devastating and difficult to control. In some regions, farmers are not allowed to plant oilseeds if the disease existed anytime in the field in last five years.

China imposed duties on US imports and this generated opportunity for Canadian farmers to exploit the demand by increasing oilseed production. China is one of the key destinations for canola oil and other regions where the oil is widely used are Japan and Mexico.  If the trade war continues the demand for canola will increase and Canadian oilseeds may be required in more than hundreds of thousands of tons.

To find out more about rapeseeds trade, click 99 Alternatives at (http://www.99alternatives.com).