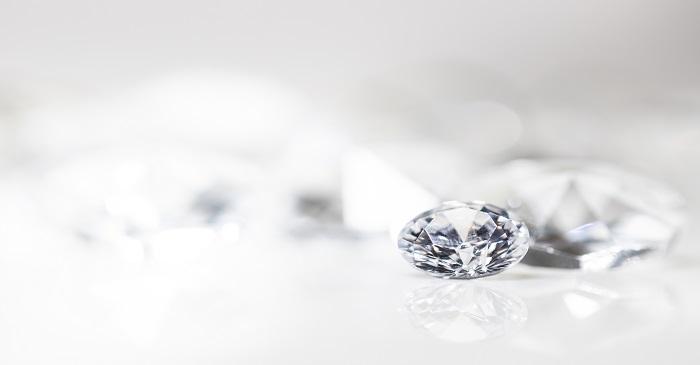 Historically, rich buyers used to invest in clear diamond engagement rings but now the trend of colorful engagement rings can be seen. Recently, at the World Diamond Council meet focus on reforms by Kimberley Process to promote sustainability in the industry was discussed, where it was said that the conflict diamonds have now entered the mainstream market.  Brexit effect was also observed on diamond trade in London where the UK’s foreign minister said in a letter that no Brexit can hit trade in rough diamonds, as UK is a member of Kimberley Process through EU.  It will have to apply for membership in that case.

The production of diamonds across global mines stabilized at 127 million carats, where the miners had a 20 per cent increase in revenue from the 2016 figures as per the Bain & Company reports.

The process of diamond mining involves a range of extractive methods were the imbalance in global supply chain and conflict in diamond mining in West Africa has effected sustainable productions and mining.

Orapa in Botswana is located 250 m below the surface and it extracts more than 9.6 million carats (as in 2015).

The Jubilee in Sakha is the largest of Russia’s mines accounting for 9 million carats output, where the estimated reserves left are of 125.4 million carats.

The Mir project, Russia uses open pit, and underground methods, to extract the stones. Alrosa claimed, in 2017, Mir was producing stones worth $400m per annum.

Russian operations contributed diamond worth 42 million carats in the year 2017 as per figures. Australian diamonds exports total $200m where the price was $11.7 per carat - which is believed to be undervalued, however, the value of diamonds from Africa rose. Impressive prices were gained by Namibia diamonds at $518.7 per carat and Sierra Leone got $423 per carat.

The highest amount of diamond was imported by US, which accounts for 18.4 per cent of the total followed by Hong Kong and India.

De Beers started the new laboratory grown diamond production, which are, basically, not the real ones. The natural ones are formed deep in the earth’s crust and can be millions of years old. Such diamonds are not rare and can be prepared in lab in 10 to 12 weeks.

Technically, the gem grade stones come under the rarity feature, where the diamonds are common as compared to gem grade.  The experts in diamond market claim the buyers should not be fooled into investing in stones, which have no real market value, or the one which cannot be resold.

In general, diamonds are asset class; collectibles, fashion statement and luxury due to rarity, but the lab grown may not provide the same resale value as the natural ones, although, the prices of lab grown are high. Such stones can create confusion in the mind of buyers, where they are unable to differentiate between the two products. To prevent loss to buyers, strict regulations have been imposed, to differentiate between the two.

To find out more about diamond investment 2019, check 99 Alternatives at (http://www.99alternatives.com).