Cotton not much affected by US – China trade issue 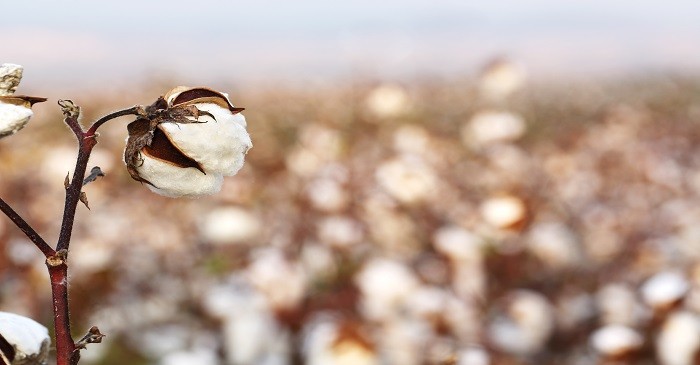 Cottonis a basic fabric and in 2010 -2011, an artificial crisis of cotton was created in the international market which led to panic buying and prices rose from $0.5 a pound to $2.5 a pound. The rise was driven by freeze by the Chinese cotton producers and floods in Pakistan. Additionally, India had imposed ban on cotton trade. In August 2018, cotton rate was in the range of 89.5 to 87.5 cents a pound.

China buys cotton of worth $1 billion from US but the imposition of tariffs forced Chinese importers to get cotton from other suppliers – such as Brazil and India. Trade war has not been able to bring much change in cotton prices and cotton has been down for 2018 -2019, while, the global cotton consumption is expected to grow to over 125 million bales.

Brazil set to be one of the foremost suppliers of cotton amidst trade war as it will be exporting 1.12 million tonnes of cotton lint to the US. Trade war of China and US will benefit Brazilian cotton growers as cotton processors in China will buy cotton from Brazilian farmers (China imposed 25 per cent taxes on US cotton as retaliatory action against US tariffs imposition on Chinese goods in July).

US package to cotton farmers

US is preparing to pay up to $4.7 billion to farmers hit by tariffs imposed by the Trump government.  Most part of the package will go to farmers who produce dairy, soybeans, sorghum, hogs, cotton, corn and wheat. Out of $4.7 billion $3.6 billion will be paid mostly to soybean farmers as it was one of the top exports by the US farmers to China. Soybean prices fell by more than 20 per cent in the season due to trade issues.

Although, a package has been issued, farmer who did not have contracts before harvest are facing the gap issues and inability to plant for next season. The trade directors say farmers do not need the bailout package; instead, they need long-term solutions such as setting up foreign markets for agricultural products and new markers to get rid of the adverse impact of restrictions imposed.

The USDA estimates the farm income declined since 2013 by 50 per cent and it is expected to decline 6.7 per cent in the coming years to reach one of the lowest levels since 2006. The burden of tariffs will further reduce the income of farmers and the package is a temporary solution to reduce the burden. The new tariffs and poor trade prospects had made it difficult for the farmers to get even the cost of production and they are rather losing money in such farming.

In 2017, about $20 billion agricultural exports were made to China and more than $12 billion came from soybean exports .Other commodities such as cotton was able to provide $1 billion and dairy and pork were able to provide up to $600 million.

To find out more about Cottoninvestment, click 99 Alternatives at (http://www.99alternatives.com).