Corn - Changes in bio fuel regulations to impact US farmers 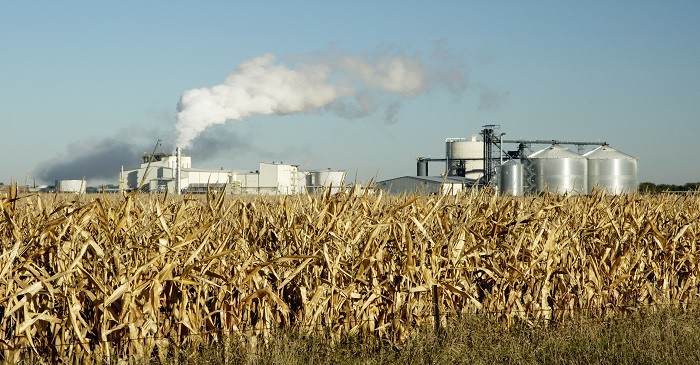 Cornyield were below farmers expectations in 2018 August –September harvests, but the exports sales continued to grow over 1 million tonnes in a week and Mexico remained the key buyer of US corn where it bought at least one-third of total export sales in September. Extreme weather and heat waves in some geographical regions across the globe led to poor harvests of some crops and the impact of lack of offer was felt in the global trade markets in commodities.

In September, US farmers feared the impact of hurricane Florence which was looming close to south eastern US and farmers in the North Carolina feared to harvest corn to avoid damage by winds, though, rains in the mid weeks halted harvesting. About 43 per cent of the corn was harvested till 9 Sept. North Carolina is the leading producer of tobacco, corn, soy and cotton worth $87 billion.   The state waived transportation to help farmers shift crops and livestock to reduce the impact of storm.

US farmers are hit by trade issues where the exports of soybeans and corns have reduced significantly, besides, White House granted relaxation in biofuel rules. Cornand soybeans are used in ethanol and biofuels, where these are blended with petroleum – that is required as per the renewable fuel standards of 2005.  The change in biofuel regulations will have impact of value $21 billion on the corn grower. Congress seeks to expand the use of ethanol from 6.5 billion to 16 billion by 2022 (from 2005). The exemption of RFS has made it difficult for the farmers and biofuel industry to earn through biofuels.  Ethanol is expensive and hurts mileage, and it has no environmental benefits. Experts feel the cost of buying imported renewable has increased significantly. Also, the exemption hurts fertilizer producing companies.

China’s imports of corn reduced in the last quarter where the total imports were 330,000 tonnes in July, which is 63.7 per cent less as compared to previous year. China was buying one-third of its demand of wheat and corn from the US.

Cornwas targeted by China earlier and US president complained about trade deficit where he said that US imports are more than exports to China. Earlier in the year, China moved from US to Ukraine for corn where it claimed, most of the corn from US was genetically modified, and tariffs were imposed to control the imports of GM crops.

To get new suppliers Chinese inspectors are visiting Kazakhstan where the chairman of the team inspecting commodities in Kazakhstan said they were examining at least 25 items for exports to China. The country exported items worth $5.6 billion in 2017 and the imports was worth $4,492 billion.

Commoditybased companies are re-establishing connections and supply chains, and once the supply is set, it will become impossible to get back to previous terms.   US exports provide more than 900,000 jobs, that include services and goods, and if the trade issue continues to persist for next year, it can get difficult for the farmers to sustain loss.

To find out more about corn and commodities trade, click 99 Alternatives at (http://www.99alternatives.com).