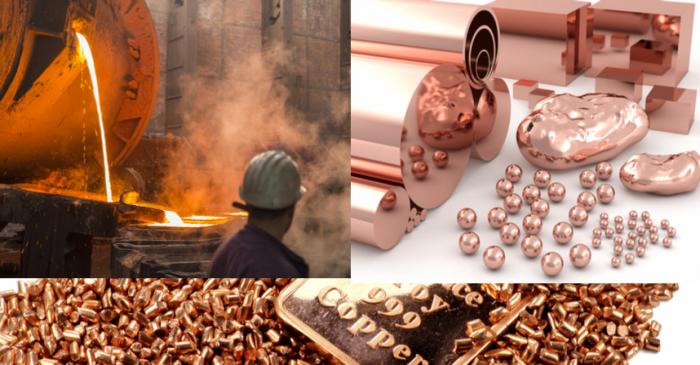 Dollar remained strong in 2018 but despite growth in economy, growth in dollar was a problem for US companies owning businesses overseas, as their profits were reduced, in terms of, international sales and profits. Most commodities are traded in dollar, where at least 22 commodities such as soybeans, crude oil, hogs and gold suffered a drop of over 12 percent. Some reports claim the year was one of the biggest looser for commodity markets. The Bloomberg Commodityindex was low by 6.55 per cent, Brent was 3.5 per cent low and the base metals remained subdued throughout 2018. Ironores lost approx.  6 per cent and copper was down 17.5 per cent (year to date) in the second week of December.
Commoditymarkets were hit by the fears of global growth, where some analysts (BNP Paribas) estimated a drop in growth by 3.4 per cent (earlier the expected growth was 3.7 per cent) in 2019. It is also estimated the rare metal miners working in cobalt, lithium, and nickel are set to gain due to increase in demand for such metals in electric vehicles and smart-phones.

There is uncertainty over trade dispute between US and China and this can lead to shortage of industrial metal copper and higher price.  Coppermay enter a phase of short supply as the stockpiles are collapsing (at the London Metal Exchange). Metalssuch as zinc and copper are used in multiple industrial applications, and copper consumption is considered to be an indicator of economic activities but the price of metal remained low over the trade issues in 2018. Copperlarge miners Glencore increased production but in the current market, miners may have to produce more to catch up with the current price. Miner may not be able to achieve the higher aim as many new mines discovered in South America and Australia have not started production.
Some existing mines are facing expansion issues, water supplies problems, power, carbon emission, storage and social licensing issues, where such issues are time consuming. Australian mining firms are building world class mining provisions but it may take time to start and this can result in a kind of copper deficit.

Some commodities suffered dismal results in the year such as oil and gold. In China, the Shanghai composite index was down 25 per cent over it, which was further affected by poor financial results by the European banks. In the last week, CPTPP was approved by its seven members, where trade pact between Australia, New Zealand, Singapore, Mexico, Japan and Canada were made that will slash tariffs on trade among the 11 member nations, on the other hand, the produce from non-CPTPP may get expensive and less competitive.
In early 2017, US withdrew from the deal, which led to increased tariffs on farm goods and American meat. Japan was the key importer of meat from US but after trade pact dissolution, it may import from Australia. Other countries such as UK are contemplating becoming a member of the pact as it no longer holds the business privileges of being in the EU.