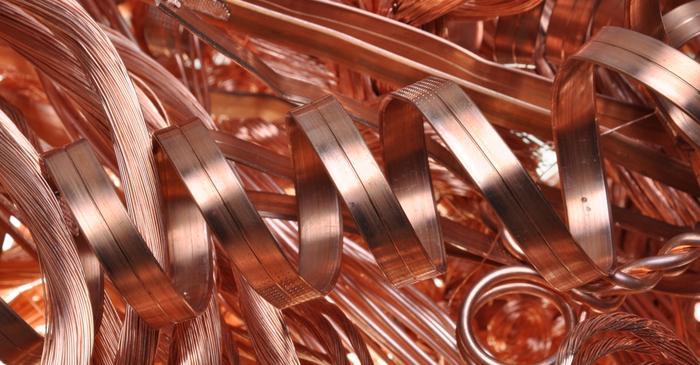 The Central banks' announcements and government policies influence the trade of commodities. The ECB, recently, hinted towards a rate cut that stimulated the slowing economy in the EU.

The inflation expectations and growth have been downgraded over such announcements by the bank. The commodities like base metals copper underwent fluctuation during the trade war, over failing policy-related meetings and the speculation of the global slowdown.

Copperprice remained in a tight range in the second week of June over the trade issue between Washington and Beijing. Donald Trump defended the tariffs and China vowed to deliver a tough response.

Commodities and industrial metals faced multiple volatilities. At the London Metal Exchange copper was down 0.2 percent and aluminum increase 0.3 percent, lead dropped 0.4 percent and zinc was up 0.3 percent.

Canada, the US, and Australia are getting together to help countries develop reserves like lithium, cobalt, and copper to lower dependence on China that is preparing to launch a survey of rare earth resources in its seven regions to curb trade issues with the US.

Currently, the issues between the two countries, even if it is tackled, will create a long-term impact as it is difficult to see an immediate de-escalation of tension, hence, investors do not expect an immediate copper rally.

The demand if considered through the macroeconomic backdrop of China poses severe challenges, where the industrial output of the country declined unexpectedly in May 2019 to almost 17 year low, indicating a cooling in investment, and weakening overall demand for the base metals, but there are other regions where its demand can increase like India and South East Asia.

With the weak data for copper, the prices were down in the last few weeks, especially, when the manufacturing and investment data from the lead consumer of the metal was weak, which reinforced the decline in growth and demand prospects, created by the US-China trade war situation.

Further, the stronger dollar undermined commodities where the Dollar-denominated metals got expensive. However, the recent positive reports related to growth in AC sales in China may support prices and prevent a decline.