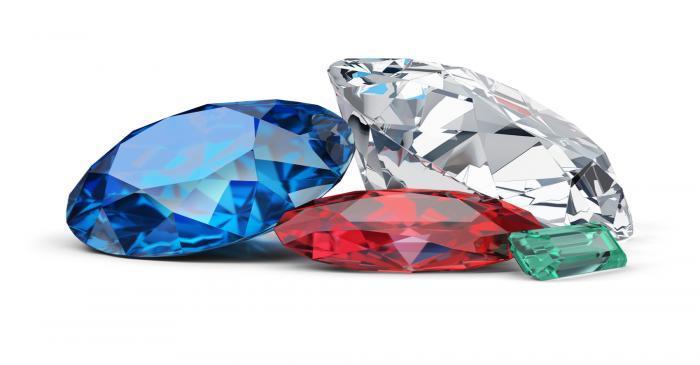 The 2018 report by Knight Frank found colored gemstone market was outperforming other wider jewelry categories, where it is highly in demand with the collectors and the investors globally.

The top-performing asset class as per the Knight Frank in the first quarter of the year was whisky. Jewelry, in general, declined by 5 percent in the last 12 months but the colored category did not show negative growth.

Most of the high net worth individual and institutional investors are trying to diversify into these markets that have created desirability and increased demand for the rare specimens of the three varieties.

Fancy color stones are outperforming in the jewelry market and their sales have increased significantly in the last year. Most of the price increase is attributed to the growing awareness about such products, which boosted consumer confidence.

The introduction of widespread certification, improved transparency, regulatory support, and gemological studies has been able to enhance the trustworthiness. Even sellers are cautious as they try to sell only environmentally friendly and ethically sourced gems to the buyers.

The most suspecting buyers are millennials who have their own individualistic approach towards the asset class. The young buyers try to gain knowledge about such items through multiple sources and search for various options online that resulted in increased online competition in the market.

Also, the sellers are gaining clients from different parts of the world. A survey on jewelers by JCK Las Vegas found that the topmost strategy adopted by the seller was to contact the client on social sites, where 82 percent planned to advertise their products on social media and 61 percent were interested in posting their product on paid search or online ads.

The trend of making the sale at auction houses has been replaced by online auctions that offer higher transparency in deals.

Last year the auctioneer's Christie and Sotheby made a total sale of $906.3 million where a decline in jewelry sales was reported by 17.6 percent in comparison to 2017.

Most of their auctions were held in London, Geneva, New York, and Hong Kong, and they said the year was dominated by the fancy/statement gemstones or the private collection from royals as the collectors have become more selective and dealers are pickier than ever.