Coffee prices are moving higher in the international markets 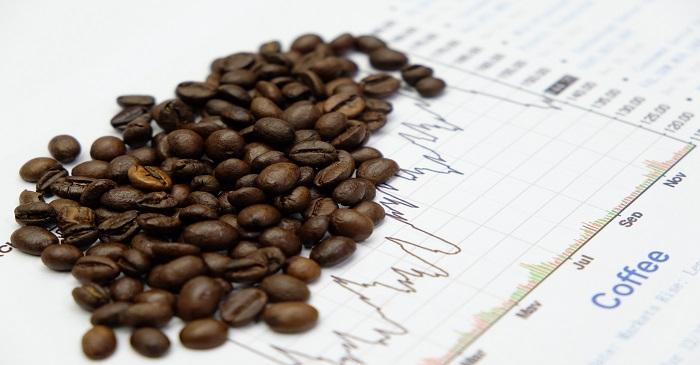 CoffeeRobusta of Vietnam, espresso of EU and Arabica served  by Starbucks belong to soft commodities, which are highly volatile on stock markets, where the prices fell 92 per cent on future contracts, since 2005, at the Intercontinental Exchange, mostly due to oversupply in the short term.  The report by International CoffeeOrganization find the total Arabica and Robusta supply was around 165 million bags where  total Arabica was 102 million bags which is 2.2 per cent more as compared to last year. The output of Robusta was 63 million bags about 11.7 per cent more than last year.

Starbucks is focussing on markets in China, and is building new stores across various key regions trying to boost growth through three strategic priorities. There are more than 3000 stores in the country and by 2021 there will be 2000 more, which will make the number more in China as compared to the home country. The company’s representatives claim it is fastest growing and second largest in China where it serves more than 5 million consumers each week in time duration 1 pm to 3 pm, and most of the payments are made digitally through mobile app. The company works in partnership with Tencent and Alibaba and in the recent years, the consumer confidence and economic situation softened, which was blamed to the third party delivery system.

Coffeeis part of the extended value chain, not accessible to the key producing countries that are still facing problems of food insecurity, child labour, low education, poverty.  In future, the agricultural sector will be widely affected by changing climatic conditions leading to low production. There are threats against sustainability and quality issues, which should be handled in these regions.

Ethiopia is the home to Arabica variety but its quality has been an issue. The plants are widely affected by diseases, pests and climatic conditions. The method of farming is old as the producers are not trained and there is no organized production of the beans to handle the weaknesses to manage the value chain.

There are more than 120 million workers dependent on coffee industry in the world and 50 per cent of the farm workers live in Africa. The shelf life of coffee is limited as its aroma is lost over time, hence, the producer cannot hold much in advance for futures.  Coffeeis most unpredictable and difficult to tame but traceability and its uncertainty is mostly due to unregulated trade practices. Direct market methods can provide better pricing and better solutions to the million of growers of coffee.

To find out more about Coffeeinvestment 2019, check 99 Alternatives at (http://www.99alternatives.com).