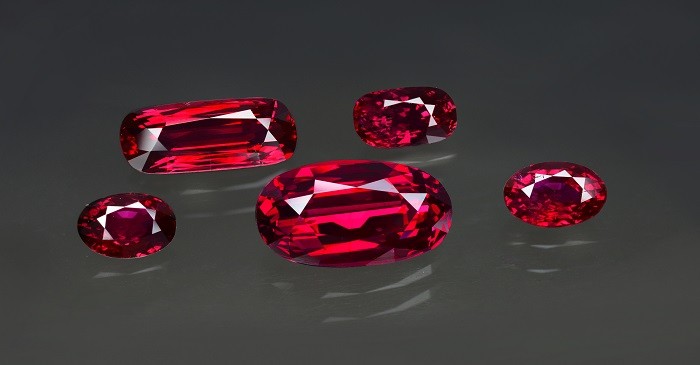 Rubies are growingly dominating the coloured diamond section where investors are highly rewarded by a growing market. The total value of the market is expected to be more than $80 billion, where the top natural gemstones constitute the emeralds, rubies and sapphires.  At a Christie auction, a Colombian emerald - 18.4 carat was sold for $5.5 million, whereas, a diamond and ruby ring fetched $10.5 million as compared to diamond-only ring which fetched just $2 million.  Millennials are attracted to coloured stones because these stones look purest of all.

Colombia is the leading emerald supplier and the stones mined from Colombia can be of higher value as compared to Zambia and Brazil. Fura is the leading miner which got rights to mines of Mozambique rubies mines, where rich deposits of rubies can be found.

Historically, 90 per cent of the global pigeon blood rubies were produced in the Mogok mines of Myanmar. These are some of the cleanest stones on the earth as per the expert Richard Hughes but these luxury stones have been targeted by the military and its mining raised human rights concerns. A ban was imposed in 2008 by the US on the import of jade and rubies from Myanmar and the ban was lifted in 2012 to 2016 but remains till present day.

The country is the leading producer of some of the most expensive rubies in the world. The region is also famous for jadeites that are translucent green stones and many international brands are active in the past few years, working on these stones.  About 30 per cent of the global rubies are now mined from Gem fields Mozambique; also, there are diversified sources of rubies in Kenya, Madagascar and Tanzania. Gemstones from these mines are polished and cut and embedded in jewelleries, which adds value to it, but poor handling can completely destroy the stones. Alternatively, one can invest in stocks and ETFs of the mining companies.

Gemstone investment is growing as these can be held for long or short term. Some of the celebrities sport diamonds such as the Meghan Markle’s diamond ring was worth $350,000 and the Kate Middleton’s sapphire valued at $37,000 in 1981.    In 1986, the Burmese ruby bought by Prince Andrew for Sarah Ferguson’s engagement was worth $33,000. The Sunrise - a 25.59 carat ruby was auctioned at Geneva in 2015 by Sotheby, which became one of the most expensive rubies.

One of the most popular designs of Burmese rubies was exhibited in 2017 at Burmese RubyExhibition, in Monaco – which was hosted by the largest Burmese ruby company, and the key design was “The Imperial Necklace,” which was approximately made from 130 carat colourless diamonds. The exhibition was held at Hermitage Hotel by Ravi Lunia, the director of Faidee and more than 100 jewels were exhibited.  There were 50 pigeon blood natural rubies from Myanmar and eight of the rubies in the set were of more than 5 carats.

To find out more about coloured diamond or rubies, click 99 Alternatives at (http://www.99alternatives.com).