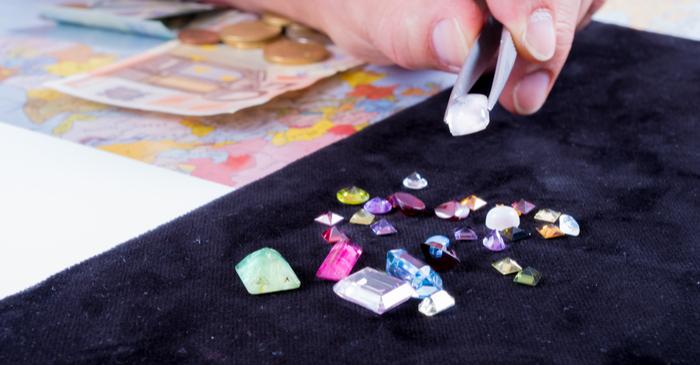 There has been an increase in China’s capital outflow in the last few months of 2018, which can be correlated to the devaluation of the Yuan and the increase in total imports of precious stones and jewellery from Hong Kong.

Reports by ZeroHedge claim the imports of precious stones from Hong Kong to China accounted for more than half of the total imports in November. China imposed strict control over such trades where individuals cannot move more than $56000 out of the country.

Such outflow allowed exchanging Yuan for dollars. In January, new regulations were approved to further tighten the outflow of local currency. The report suggested that one-third of Chinese are expecting to emigrate, and two-thirds of rich Chinese have plans to leave the country or emigrate.

Wealthy Chinese are seeking opportunities to move overseas, while the US-led trade issues and recent economic issues have fuelled uncertainty in the country, where foreign exchanges have shrunk by $1 trillion from $4 trillion in 2014.

Central banks increased domestic credit to offset capital outflow, promote consumption and increase investment at home, but in the medium-term, the tariff pressure and low-end manufacturing have been hit by the trade tensions.

International auctions are significant for large diamond miners such as Alrosa, but it has been restricted by the new Russian exports laws. The sale of large diamonds involves over a hundred participants. Such auctions are an integral part of jewellery sales; however, diamond mining and auctioning firms are increasingly identifying the need for international law.

Alrosa is the only company, which made $463 million from international diamond auctions, held in 5 countries in 2018. The auctions were held in the US, UAE, Hong Kong, Belgium and Israel.

The company held such auctions for over 10.8-carat diamonds, where around 32 events were held globally and 15 in Moscow.  This year the rough and polished diamonds from the company generated an overall $4.5 billion.

The precious stone trade is attracting money laundering dealers, and new regulations have been made in many countries for the jewellery retailers and dealers to handle such exports and imports.

The profitability related to these stones, ease of conversion into high-value assets, and liquidity raises the risks of money laundering and terrorism financing through the sector of precious stones.

Trade of such stones was banned recently in Peshawar in Pakistan, where the customs department issued a warning about online sales. The stones from Pakistan were mostly emeralds and sapphires, which were sent to China, Japan, Australia and Thailand.

Singapore introduced new regulations where the auction houses and dealers will have to register with the Ministry and sell under the proposed guidelines. Regulations will ensure the deals are handled after performing an adequate quality assessment to mitigate risks. Such measures will improve security and combat crime in this area.

To find out more about diamond investment, check 99 Alternatives at (http://www.99alternatives.com).