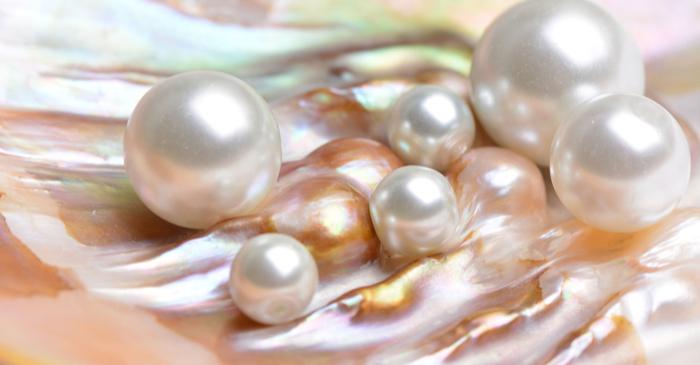 As per the Knight Frank Luxury Investment Index report for 2019, jewellery offers a great investment opportunity. Jewellery grew 142 per cent in a decade, which includes items made up of pearls, Artdeco, and coloured gemstones. Jewellery offers a highly mobile and easy manage store of wealth.

Pearls are most underrated as humans have hacked the process of growing pearls, but all such products are not equally precious. In 2000, the average value of West Austrian pearls was $220 million, whereas the South Sea pearls were judged costlier than the smaller Akoya pearls.

Recently, the demand for pearls peculiarly grew since Netflix showcased ‘The Crown’, where Claire Foy wore these in the popular series, which led to a lift in demand. Many leading brands are using diamond and pearl combinations for creating fine one-off pieces.

As per the report by Vogue and The Times, there has been an increase in trade calls for irregularly shaped pearls – which were, earlier, mostly found at a lower price than average round ones. Buyers seek fancy coloured – pink, grey, and peach, and fancy shaped like a drop gems.

There has been an increase in demand for Japanese Akoya pearls in China.  The recent trends in jewellery for unusual shapes and colours have been noticed by the leading producers.

Pearlcan be directly used once collected from the shells, and these can be used in a rough state or processed. Classical natural pearls are rare, which were found only with the Royals.

These were collected along the Persian Gulf, India, Japan, and Sri Lanka. Nowadays, they are grown in some regions; nevertheless, the cost of growing is very high, and it is rare to get one.

These were, historically, found in saltwater, where Japan was one of the key producers. Japan is promoting pearl farming in warmer climates. Such cultured gems can be found in Northern Australia, Vietnam, Indonesia, and other locations.

The farmed pearls from the South Sea can be white, gold, black, brown or in other tones and can grow up to 20 mm; notwithstanding, these are not considered expensive. Some low–cost farmed pearls are supplied to local companies that use them in holistic cures.

Japan to exhibit pearls at the Hong Kong event

Classic pearls from Japan have invariably been expensive, but lately, the demand for new types of fashionable gems in vivid colours, shapes, and sizes has grown. Japan External Trade Organization has, for the first time, take part in the sixth HKTDC (Diamond, Gem & PearlShow) that will be held from February 26 –to March 2 week, and will showcase a number of precious gemstones and pearls.

To find out more about pearl investment, check 99 Alternatives at (http://www.99alternatives.com).