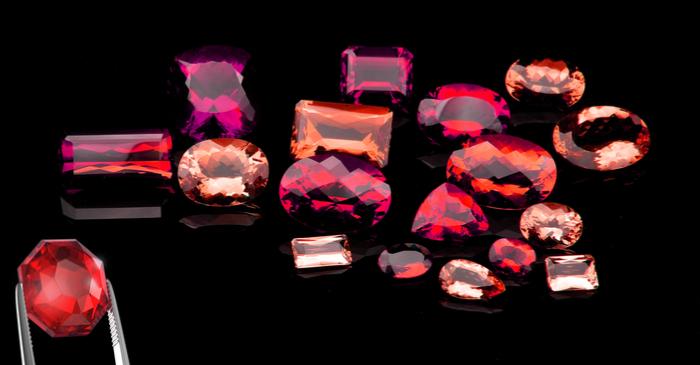 One of the priceless gems of 2015 was the Sunrise Ruby, which was auctioned for $30.3 million. The red stones appear rich and can be found in most luxury jewellery collections auctioned by the world’s leading sellers like Tiffany, Bulgari, and Cartier. Rubycan become rarer in contrast to diamonds due to limited mine resources.

The fancy colour gemstones auctioned by Christie, the Magnificent Jewels, in New York, in December included fine emeralds, sapphires and rubies, where the top sale was blue colour 8.08-carat diamond, and a pair of ruby and diamonds earring set, by Harry Winston, was sold for $354,500.

The Burmese rubies from the region Mogok are assumed to be the finest as sapphires from India- Kashmir and emeralds from Colombia.  While Burmese rubies can get up to $49,000/carat, there are exceptions, where a pair of Mozambique ruby earrings was traded for $222,481 /carat at a Hong Kong auction.

A ruby from Myanmar can come in light and dark shades, and the ones that are heavily encompassing can get a low price as compared to red Mozambique stone.

The mines of Mogok in the Mandalay are acknowledged for producing over 90 per cent of the pigeon blood rubies - distinguished for the strong tone and intensity. The combination of bluish-red and bright red light emitted by the stones shows the presence of iron. Internally these are supposed to be the cleanest stones.

Since the gemstone industry has faced a number of issues and conflicts, the upcoming precious stone merchants are working towards delivering products through a transparent traceable process.

Some buyers do not want lab-grown diamonds, even though; the synthetic options are 30 per cent cheaper as compared to the genuine mined stones, because the market does not identify the lab-grown as real, and people may be asked to invest up to $10,000 for such gemstones.

Most experts claim naturals, even smaller than a carat, are more valuable than lab-grown stones that have zero resale value. Recently, Tiffany responded to one of the campaigns asking for a mining location, polishing, cut and other such details where the buyers were young and wanted to get a transparent deal.

Many new buyers are reluctant while shopping for fine jewellery and are not looking for 4Cs; they seek origin, class, previous records, and fame.

They want to know the locations from where they have been mined as they are searching for ethical options and want to invest in precious stones produced through safe environmental friendly methods or mined from places where labour is treated properly.

To find out more about red rubies investment, check 99 Alternatives at (http://www.99alternatives.com).