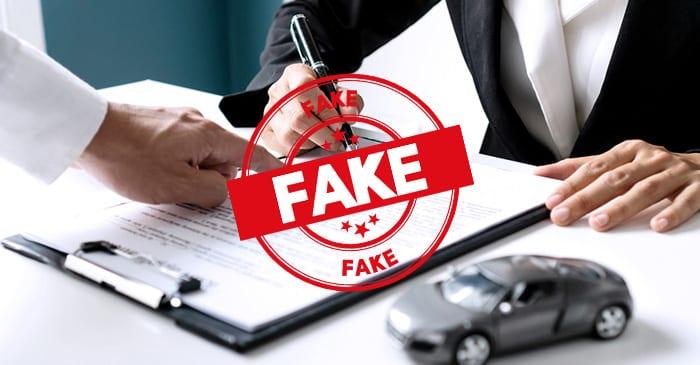 The intelligence investigators issued a warning about ghost broking, which offers car insurance schemes to steal innocent victims' cash. These schemes target young drivers who have either passed the test. A survey by IFED found that 17 to 24-year-olds were more likely to fall victim in such cases where each individual lost over £900.

Such crimes attract car owners seeking insurance at unrealistically low prices. The instructor's insurance policy covers the learners' driver school until they pass the test, and for the first car, they need to get insurance.

Then, with a rush of the new driver, the fake dealers are offering low prices upfront, encouraging the victim to contact through messaging apps. If you register or contact the seller, they encourage you to join them on WhatsApp.

Most fake offers are made on social media sites like Facebook or Instagram, and many have suffered financial loss due to organised insurance scams active since 2016.  The young driver seeking insurance does not know the consequences of accepting papers from such sources.

At the time of the pandemic, people seeking insurance were attracted to online offers. With the backlog of thousands of learners, there were many waiting to take the practical test, which has been postponed, and many new car owners are at the risk of losing the car for no insurance.

The data suggests pandemic delayed the learners' driver license by an average of nine months. Such vulnerable young drivers have been duped into paying a small fee to get insurance which is not more than a photoshopped piece of paper produced by the fraudsters who steal people's personal information and modify it to sell it to customers.

So they get legally unacceptable insurance which the law enforcement agencies can easily detect. Those driving with such papers are considered uninsured and are likely to get six licence points.

They may have to face court or get an unlimited fine or a ban on driving. It can even create problems with their job prospects. If the person holding such a paper suffers a collision, they are liable to cover the costs associated with the damages.

One of the victims was contacted by such a dealer who offered to get hassle-free cheap insurance. He took the name, address, screenshot of the policy documents, and other related details, and the client received all the documents by post.

When he checked the details, all appeared accurate, and he believed his documents were legitimate, but problems started when he suffered a minor collision. The insurer had entered incorrect data only to decrease the monthly premium, which he sold as a cheap deal.

The client tried to get insured funds for the collision, but he could not get it due to the wrong information entered in the application form to get the insurance. When the victim tried to contact him, the broker blocked his number, and the victim lost the invested money.

Alternatively, he paid more to get genuine insurance. The fake insurer sometimes sends threatening text messages stating they need to update the new road tax rules to update the payment details. However, the recipient thinks they are getting the authorities' message and need to transfer some money to avoid legal actions.

Such people also use the social media sites like Facebook to buy and sell used cars. One such ad on social media platform offered the vehicle for a bargain price, and the victim spent over £5K to get the car that was never delivered to him.

The government authorities have been facing challenges due to an unprecedented increase in drivers and the growing waiting time to get the license and insurance.

The drivers who get such insurance documents assume they are insured and pay the premium but suffer the penalty for driving the uninsured vehicle.

The IFED officials organised an awareness program to distribute leaflets to alert students to spot and avoid falling victim to such schemes, which can be devastating for students who can suffer financially. Their education and ability to travel can be affected if they get insurance through such means, and in the long run, they may end up paying more for it.