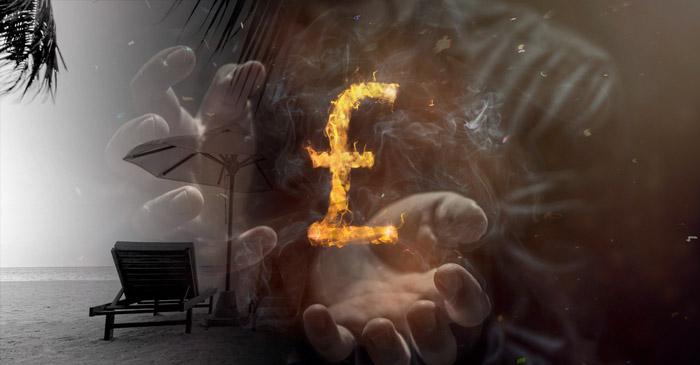 Two years and nine months imprisonment has been handed down to a London fraudster who took luxury vacations abroad after stealing details from thousands of bank customers.

Emanuel Poku (24), from Enfield, London, pleaded guilty in conspiring to defraud UK telecommunications and UK banking industries, possessing an article used for fraud, and possessing a fake passport. On Friday, 20 September, he was sentenced to 33-months imprisonment at Inner London Crown.

Additional prison sentences were also handed to Mr Poku, each of which will run simultaneously. This follows a successful investigation of the Dedicated Card & Payment Crime Unit (DCPCU), a special police unit sponsored and funded by the banking industry, targeting criminal gangs responsible for fraud.

Poku was found guilty of £50,000 fraud between January 2019 and April 2019. He tricked customers into divulging their financial and personal information by sending thousands of text messages pretending to be from banks and mobile phone companies.

These messages included links to fake websites which asked victims to provide their personal information to enable them to commit fraud. To make fraudulent purchases and transfers on customer accounts, the fraudster used "sim swaps".

Collaboration intelligence between the DCPCU, mobile phone companies and DCPCU was used to detect criminals who were committing sim swaps and smishing scams. All victims received full refunds.

Poku was taken into custody at his London home on the 1st of April 2019. His property was searched and found several fake IDs and bank cards, more than £12,000 in cash and dozens of sims cards. There were also laptops and phones that had been used for fraud.

DCPCU officers conducted an internal analysis and found that these devices contained more than 500,000 mobile numbers, 35,000 credit card numbers, and several pieces of software that were used to send bulk SMS messages. These customer data were later linked to more than £2 million in fraud losses.

We urge everyone to be vigilant for these types of scamsand to follow the Take Five to Stop Fraud campaign. Unexpected text messages or emails may contain a link that you should not click. Fraudsters could attempt to steal your bank and personal details.

Instead, contact the company using a phone number or email address that you know.

Every report is important - Report fraud or cyber crime to Action Fraud.