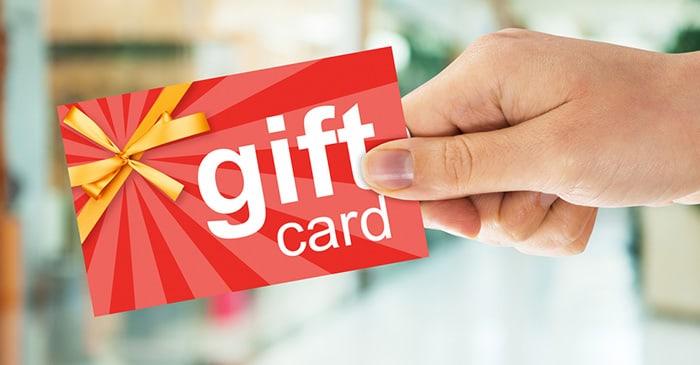 During the holiday season, the sale of gift cards increases, mainly as it provides an easy payment gateway to gift to family members. Such cards offer an alternative means of transaction even to the criminals who can turn merchandise into money by selling the cards.

The criminals use and abuse its balance checking facility, which has also been linked with privacy hacks. Such systems do not use a centralised clearing or database, and merchants often individually redeem its value. The firm that offers it should monitor how they are activated and used at the individual store terminal to track the transaction.

Credit cards are considered safer than gift cards because the data is centralised, and the bank/ firm authorises and protects each transaction.

The scammers' present gift cards for the popular online eCommerce site, and they send messages from the site's address, claiming to be sent by a firm like Adidas, Amazon or others. The users are asked to visit an unknown website to claim the prizes they won while shopping online.

They may be asked to fill in a survey form that asks to fill in the details of products you wish to buy from the site. The website presents multiple testimonials and reviews of people who bought their products or won an award.

They not only sell iTunes but also request the buyer to get Steam cards to get upfront fees. The aim is to allocate awards to get the user device's browser and system data information and encourage them to share personal or account details.

Over 11K fraud reports were reported related to iTunes gift cards between April 2015 and Mar 2018. Some websites that were involved in such schemes were Adidas store, Tata Samsung, Oovip and others.

How To Spot It?

You can note the message sent from such platforms have multiple grammatical errors. The police found such scammers targeted the most vulnerable people of the society, and they used all forms of tricks to gain access to their money.

For example, the victim is asked to buy iTunes cards from the nearby supermarket to pay for the missed tax bills. In one such incident, the caller asked the client not to divulge any details about the call to anyone.

They asked for the numbers on the back of the card that the victim could not see clearly, hence giving incorrect numbers. The caller was annoyed when he got incorrect numbers and recalled to know the exact number.

Later, the victim's close relative took over and asked the salesperson on the phone not to call back. The authorities have been working to empower the supermarket staff to raise public awareness about it.

The regulatory agencies have been working on getting retailers support and raising awareness about such crimes. Apple has also been working with the retailers and the government bodies to display guidance and signage to its authorised stores which provides advice with their support page.