A third of over 75s targeted by investment scams, as FCA urges consumers to take the time to check 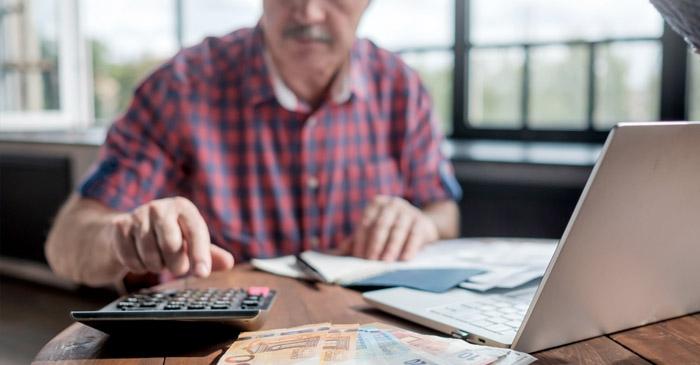 The NTS introduced the call blocking pilot scheme in 1000 homes where it found around 35 per cent of the calls made to the elderly were fake, and such calls increased 250 per cent in October 2020 compared to April 2020.

In addition, many older people were targeted by unauthorised institutions that pressured them to invest in multiple schemes. Most of the victims did not research the offers, and their decision was solely based on the website's look and overall presentation.

They are the ones who do not take any professional advice before making a decision, and they do not conduct the verifications recommended by the FCA.

Many over 70s have been targeted by bogus charities, vaccine representatives or teams collecting donations. Some elderly pensioners' were asked to log on to their online account and secure a transaction.

Impersonators acted as bank officials asking the customers' to give access to their account codes and transfer funds, and people in the safety of their home could not see any threat.

Police and banks released advisory where they asked people not to engage with cold callers and hang up the phone if they could not identify the caller.

Such groups mostly target older people because they have more savings and can be pressured into making a quick decision. Also, they often trust the caller and believe in the offers made by a professional-looking website.

The older victims are asked to make purchases by debit or credit card to be in a position to cancel a suspicious transaction and claim a refund. However, if someone else uses the card to purchase without authorisation, the card provider is liable to pay for the losses.

Some older victims are concerned about physical harm, and they fear potential consequences of the condition where the scammers know where the target lives.

Some said they had door-knocks where unknown people offered home improvement services who accepted to do some work but disappeared after getting the money.

Many victims post a warning on social media, install a security camera at their homes, and post warning pictures on their pages to warn their friends and neighbours.

How To Avert A Loss?

Regularly check if you have an elderly relative or friends and ask if they met anyone who knocked at the door or left notes.

Avoid buying things from doorstep sellers and do not meet people who do not have an appointment.

If you suspect anyone, report it to the police.

A Third Of Over 75s Targeted By Investment Scams, As Fca Urges Consumers To Take The Time To Check Share Discussion and Chat