Zero carbon strategies and use of solar water heating 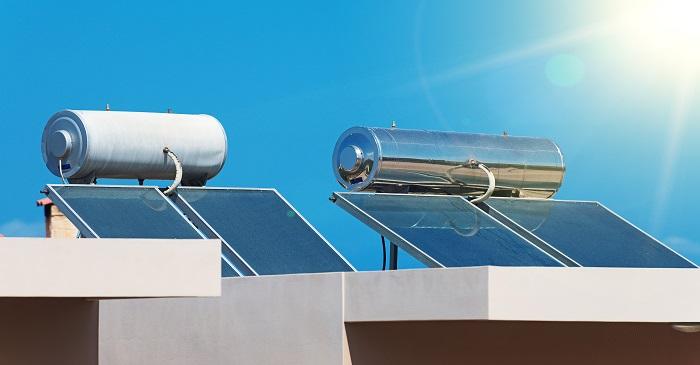 Solar powered systems can be used in both winters and summers. There are a number of solar consumer electronics devices available in markets such as lanterns, batteries, flashlights, mobiles, electric vehicles, and solar powered speakers, etc. The sun’s energy can be used to generate power and heat water in swimming pools. Solar water heaters and home appliances are gaining markets.

Countries with plentiful of sunshine can shift easily to renewable energies and achieve the carbon neutral status before 2050. There are more than 70 cities across the world aiming to become carbon neutral in next thirty years. Currently, all the mosques in Jordan are able to produce hundred percent of their energy needs. The mosques in the city are lighted by LED light bulbs. The religious heads claim we need to protect the nature and they warn against extravagance. There are schools covered by solar panels and the roof holds solar water heaters. The system recycles the water and also gives environment-friendly education to students. The country is planning to increase eco tourism, where zero carbon resorts will be constructed along the Dead Sea, or close to Petra – the World Heritage site.

The key challenges faced by the country are growth in population and inflow of half a million refugees from Syria. The city is most water stressed, trying to implement desalination plants to prevent shortage. Shift to solar water can reduce the demand in the country, nearby Middle East and North African countries.

Global warming: The danger of half a degree change

The difference in temperature due to global warming does not sound much as the excess use of fossils will raise temperatures by 1 - 2 degree Celsius in less than a hundred year. It has been found that a 1.5 degree rise can cause more damage, in comparison to, further rise in temperature by 2 degree Celsius. The effect of such change can lead to heterogeneous heating across various geographical regions, where some areas will get unusually hotter days. Desserts will grow hotter, drier and expand. Agricultural output will decrease where the crop yields from water deficient areas such as sub- Saharan Africa, Central America, Southeast Asia, South America and some other areas will reduce subsequently.

Extreme climatic changes, wildfires, draughts, floods, heat waves, storms, tornadoes and other unexpected change in climate could be witnessed where oceans will evaporate and some regions will get heaviest rain-falls and snowfalls.

Humans can adopt carbon free technologies to lower C-levels, which can offset the risks of global warming. Some geo engineering technologies were suggested to offset global warming by blocking sun’s radiation as even a half degree Celsius change in climate means melting of ice sheets, which can lead to loss of habitat for whales, polar bears, sea birds, seals, and other polar animals.

Some islands and nations close to sea shores or surrounded by sea line will face hazardous consequences. Coral reefs will lose fishes and almost all coral reefs will be at the risk of degradation.

To find out more about solar water heatinginvestment, check 99 Alternatives at (http://www.99alternatives.com).