Why the construction of hydropower projects declined in the last decade? 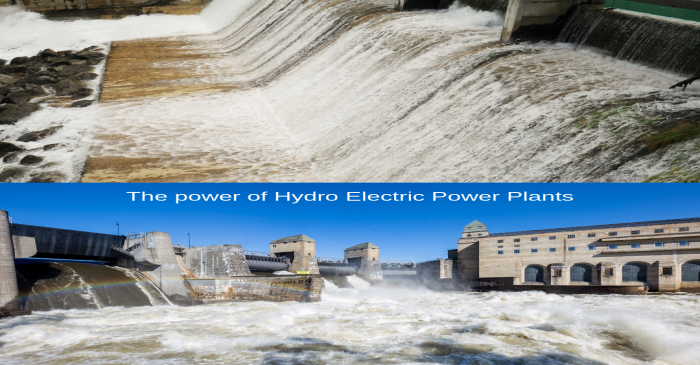 Hydropower provides 17 per cent of the total global electricity and China is one of the largest producers of such energy. Other leading countries using it for their power needs include the US, Brazil and Canada.

It provides a great source to generate power without wasting water and gives the flexibility to use and store energy, which makes it economical in supporting the use of intermitted sources.

More than 60 percent of the potential in the sector remains untapped due to several reasons, in countries having abundant hydro resources like India, Latin America, Central Africa and China.

The key reasons for poor development in the area in a certain country are - local opposition that restricted the government from implementing projects.

The resource provides one of the best ways to generate electricity without emitting GHGs but there are certain factors considered harmful to the environment.

How does Hydro-power work?

The common types of hydroelectric plants store water in the reservoirs in the dam and the water is released when the reservoir spins a turbine that activates the generator, which produces Why the construction of hydropower projects declined in the last decade? Hydro-power provides 17 percent of the total global electricity...

Hydroelectricity has a huge impact on the climate as it can induce changes to the surrounding water flow by changing the direction of the water.

Such dams need large flat area needed to hold deep reservoirs. Forests are destroyed to build it and its construction can lead to the relocation of aquatic creatures. The dams can obstruct fish migration and in some regions, fish ladders are created to help them reach their spawning ground. Its impoundment facilities may induce flooding in certain areas.

Reservoir water results in stagnation and production of weeds and algae which can crowd plant life, whilst, on the other hand, manual harvesting can prevent excess and introduce fish to eat the plants.

The water in dams is low in oxygen and is mostly colder than river water and in some regions these results in the formation of bubbles and methane.

Such constructions have declined in the last few years as the number of solar and wind farms have increased, mainly, because the construction of such facilities involves a huge amount of funding and the power generation hugely demands hydrology where the decline in precipitation levels can create instability and variability in the production.

Such huge constructions can alter the natural reservoir and stream water quality. In 2007, hydro represented the largest share of electricity in 28 states of America but now it can be found only in 19 states (EIA data).

The wind has growingly captured such renewable development in 16 states and solar remains the top producer of green energies in 7 states.

Washington had one of the largest hydro facilities which produced 72 percent of the state’s power and it provided 7 per cent of the nation’s total. But the patterns in such investments are changing and it is assumed in the next few years wind will surpass hydro.

As more and more onshore and offshore wind turbines are installed, the production will increase, while, solar may continue to be the second-largest source.