Why gold is still favored over bitcoins? 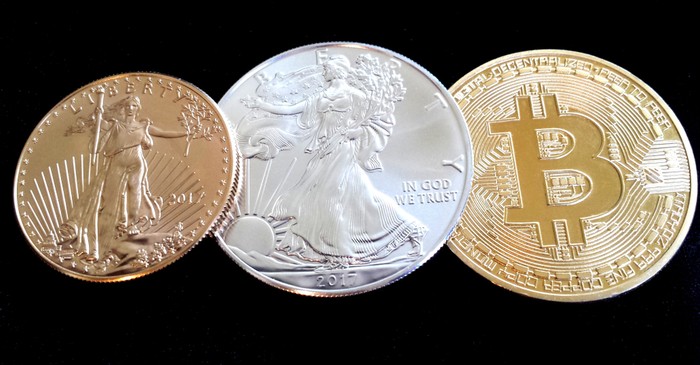 Gold prices were hit by Turkey crisis in August 2018, which led to growth in concerns related to fragile economies of the emerging markets, including countries such as Argentina, South Africa and Brazil. US imposed sanctions on Turkish steel and aluminum leading to loss of Lira by up to 20 per cent.  The summer markets doldrum, trade wars, new tariffs, changes in trade regulations and politico-economic factors hit investments in gold leading to lowering gold prices and gain in stock markets.

Some investors compare gold to cryptocurrencies but gold is far superior. At a point gold rate was equivalent to crypto, and in December 2017, bitcoin reached $17,900. It was the time when some investors claimed -gold can completely be eliminated from the market as bitcoin was more profitable but again those who traded in bitcoin are buying gold because the yellow metal has higher lasting capability.

Most gold investments are transparent, least governed by mysterious factors. Bitcoins markets are handled through corrupt moneys, where, gold is based on demand and supply. Liquidity for gold is attainable but for bitcoin, there are limited markets and there are speculations and verifications processes involved in getting cash against digital money.

Gold is bought by global banks and kept as reserves. The metal works in disrupted markets when the prices of precious metals increase significantly.

Gold is used in jewelries and luxury buying, but bitcoin has no practical use as there are no applications for bitcoins.

Precious metals had a compete bull years from 2001 to 2011 but in 2012, major corrections were reported when gold fell more than 18 per cent. In 2013, gold reduced by 22.8 per cent and this was worst gold performance in almost a century.  Post Trump election gold corrected approx. 17 per cent and now the prices are almost at the same levels. The price of precious metals mostly remains in limits and do not show extreme movement. This year the prices are expected to be in the range of $1233 to $1363.

Summer weakness in gold rates due to diverted investment in other options can be seen each year. Traders from the northern hemisphere spend more time investing in newer options in summers, and most businesses lack income for investing in precious metals.

Chairman at the World Gold Council - David Harquail, claim the consumption of gold will grow in China – that purchases 30 per cent of the global gold as jwellery. Although gold prices fell at the rate of 4 per cent, y-o-y, the consumption in China grew 7 per cent and purchases for investment purpose lowered 9 per cent.

Gold is sensitive to US interest rates and expert says the waning gold rates will not last for long.  Investors believe gold is bottoming out and will pick up in the next quarter to move from $1200 level to $1300 in the next six months. Real state growth is almost stagnating and US president will be lamenting the dollar – these raise the demand for gold investment

To find out more about Gold investment, click 99 Alternatives at (http://www.99alternatives.com).