Who can benefit from the new FIT? 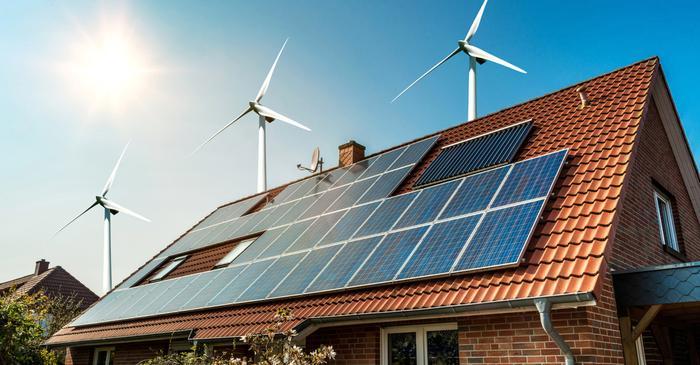 The new FIT replacement renewable electricity payment scheme will come in seven months but it may not be accessible to all owners of the solar panels. The Smart Export Guarantee requires energy firms to pay for renewably generated by PVs or wind turbines.

The previous plan ended in March 2019 and those who installed panels after the date may have to wait until the end of the year to benefit from the SEG excess energy system.

Currently, if they are producing in excess, they may be giving back to the National Grid for free. To earn, they may need to install smart meters to measure the exported amounts to the grid.

By 1st January 2020 companies’ with more than 150,000 customers will be obliged to give a tariff to buy excess from households generated through wind farms or solar or other methods up to 5MW capacity.

Firms offering money in return for power can set their criteria/rate for paying, and households may have to shop for the best rate provider.

The installation of PVs declined in the last few months after the closure of the FIT. Many buyers of the panels said they would not have installed it in their homes if they were not eligible to get the FIT.

A small per cent of owners wanted to reduce carbon footprints and wanted to be a part of the renewable electricity generation plan, otherwise, most buyers wished to save money and earn through its sale.

The buyers, who installed after the closure of FIT, need to deploy smart meters to get readings for the amount of electricity they export.

Some are unaware of such meters, which require enrolling into the DCC where the infrastructure and connection through the wireless network will be provided for automatically getting the readings.

Initially, such power payback systems were launched in 2010 where two types of payments were given – generation tariffs and export tariffs. It was closed in March this year but those who were getting paid have not been affected and will continue to get benefit through the scheme.

The rate is mostly fixed by the government and it was 3.82p/KWH till August 2012, but then it was increased to 5.38p, and now the households’ get 50% of the generated by their systems, while, the actual export is not measured.

Some homeowners want to store the extra generated in batteries, which can be used later on to run appliances or put on lights. The battery can be used to sell back but it costs up to £4,000.

There are several issues with such installations as it becomes less efficient over time and earnings can fall. Further, one needs to keep them clean and have to spend on annual maintenance up to £100 each year.

The IEA states the use of such systems - PVs and thermal sources, can surpass fossils, wind and hydro by 2050 to become the largest source of energy.