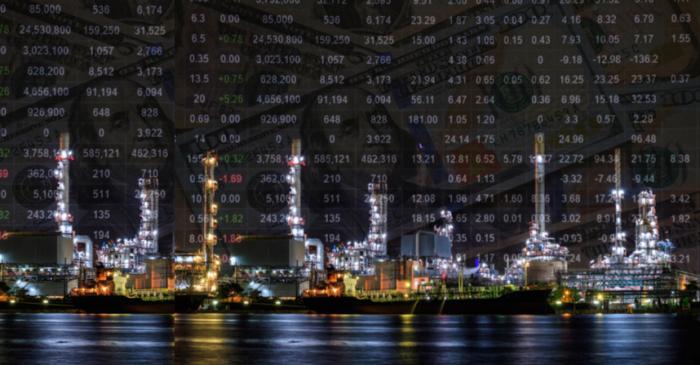 US oil price below $50 per Barrel

US prices were below $50 a barrel in fourteen months where the main reason for the low price was the increase in US production, where the National EnergyModeling System said the price was 16 per cent low as compared to November projections. US crude output was over 9.6 million bpd and its production rose at the fastest pace in a century, where the largest oil base the Permian basin has been pumping more and more, and production is 35 per cent more in comparison to January output. The current output is 135 per cent more, since 2008.

Morgan Stanley cut the crude price forecast to $68.50, amidst volatile markets in mid-December.   At the end of June 2019, the bank expected the price to be at $67. 50 a barrel (earlier $77.50 a barrel was predicted). Emirates NBD bank analysts said the market surplus and growth in production from non-participants could sink prices even lower.

Saudi Arabia estimated the oil prices to average at $80 a barrel in the next year, where it assumes the production will continue at 10.2 million barrels a day.

The IEA expects the non-OPEC supply to grow at 1.5m b/d in the next year. The bulk supply from US and the impact of new pipelines will be visible in the next half of the coming year. Russia indicated it will not cut in January, while, most of the cuttings will come from Saudi Arabia, as it needs to get the higher prices and has been making bullish calls on oil in its 2019 budget.

The December meeting of OPEC nations expected to curb oversupply in 2019, where the highest risk to supply came from Iran, while, the US waiver on buying Iranian oil is expected to expire in May. Iran production fell to below 3 million-barrel-per-day in November.  The alliance agreed to cut 1.2 million barrels per day for the first six months in the coming year.

By the end of 2016, OPEC countries cut production by 1.6 bpd to reduce supply. OPEC countries expected the cuts to last not more than six months but the Saudi ministers believe the oil stocks to fall by the end of Q1 2019. Saudi Arabia estimates the price to be at $80 a barrel. The latest reports from the country states it requires oil to trade at $95 per barrel to balance its budget. The analysts believe the rates may hover at $73 a barrel, where Saudi estimated higher revenue through oil trade in the next five year.

US output increased significantly in the last year with the use of advanced technology, which included hydraulic fracturing and now it is one of the largest crude producer where the output will be more than 12m b/d for the coming months. Also, Russia indicated it will not cut much in January as there are risks in markets related to full cuts. Although, Saudi Arabia needs a significant cut in production, it is expected that it may have to adjust to the lowering prices in the next year.