US agricultural sector to shrink if the trade war escalates 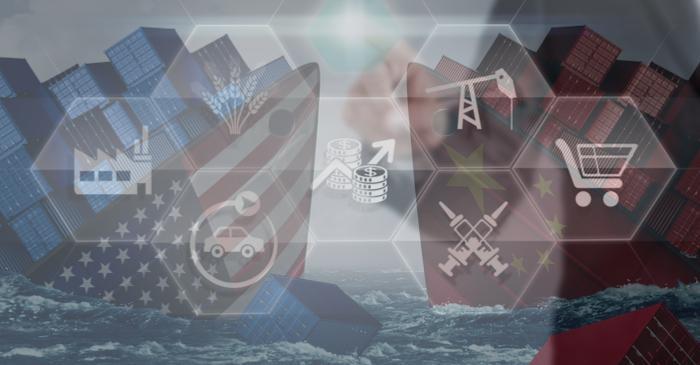 The meeting of US president Donald Trump with China's negotiator Liu He did not end in a trade pact on Thursday, April 4, 2019. The President said if there is any pact, there will be a summit, and it will be known in the next four weeks.

He assured progress has been made in the sector, where they have agreed on many terms. However, he declined to comment on his intentions on trade tariffs. The trade talks resumed four months ago, and nine rounds of negotiations and conversations have been made.

People on both sides are under pressure to make a deal. In the latest, President Trump said he hoped to start discussion towards military spending reduction with China and Russia.

Growth in both China and US has been hit by the trade tensions, which would shift balances to other countries, where China's manufacturing sector and US agricultural sector will shrink significantly, with a number of loss in jobs in these sectors.

This means, at least 1 percent of the US farm and transportation sector, and 5 percent of China's manufacturing, excluding electronics, will be hit by the escalating trade tensions.The IMF MD Christine Lagarde said this will lead to a drop in US GDP up by 0.6 percent and Chinese GDP by 1.5 percent.

The U.S. Agency for International Development invest in Africa and South-Central America

The US farm agencies are investing in other countries like Nigeria to develop and strengthen business supportive environment and promote private sector investment. The USAID joined CNFA to ease investment in the agricultural sector.

The two countries US and Nigeria, under the agreement, will promote quality, quantity, and diversification that will aim to increase production in high performing food grains like rice, soy, maize, cowpea, and other value chains.

A US-funded program helped Guatemalan farmers to plant the crops of tomatoes and Chile peppers. The farms in these regions mostly are drought prone. Programs like climate change adaptation schemes have been backed by the US to enable farmers to grow more.

In Guatemala, western highlands are facing deforestation and low rainfall issues. The US investments were, mainly, expanded under former President Barack Obama to tackle the root cause of illegal migration.

The total fund of $754 million was invested in his last fiscal year and the aid was decreased under Trump to $700 million in the first year to $627 million in 2018.

Since 2017, the regions Panama, El Salvador, and the Dominican Republic have closer ties with China that has been increasing its presence in the region with many new investment programs.

The local critics of the foreign aid say such funds help only a small group of people or act like a political tool to make underdeveloped country dependent on foreign aid.