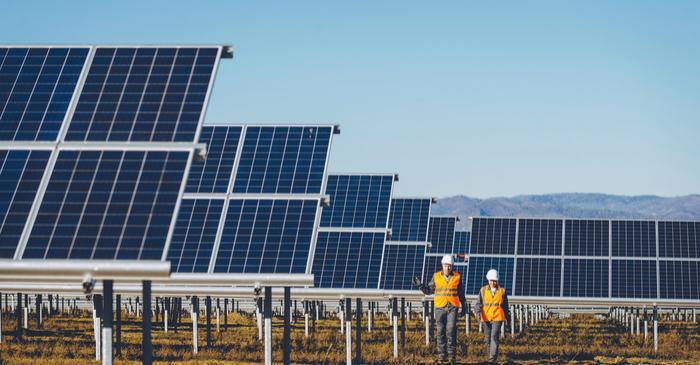 The earlier studies on energy output found the payout ratio with investment was at 9 times but the recent studies claim the payout in solar PVs was in the range of 14 to 27 times the investment, which, mainly, varies depending on the local climate.

The study by the Royal Society of Chemistry’s Sustainable Energy & Fuels conducted on the 5 states of America found the payout was 27 times in Arizona on the installation of panels, and 14 times in Alaska.

The early afternoons as in Washington creates the opportunity to produce excess which can be stored in batteries, also the balances can be stored at grids to be redirected to places with low sunlight.

Zero- emission growth in the EU

Green energy developments were led by Germany in Europe, however, it fell behind the US, China, and India, and now many such markets are entering the non-subsidized zones, promoting smart homes, green cities, communities, and corporations, that can help to develop global power based on solar-centric concepts.

In Europe, Spain revived the business and is expected to be the largest source of energy by 2050, increasing its share of contribution towards energy from 5 percent to 36 percent in 2050.

Many new options and studies towards the development of low-cost solar energy have increased the attractiveness of green technologies.

The new trends in such developments include higher irradiation, the decline in installation costs, support from local government, and innovative designs.

Nevertheless, many countries are incapable to achieve the target where the dependency on fossils will not help the EU to meet targets on terms.

Last year in August the Union announced to end restrictions on the sale of panels from China to promote cheap imports, but there are scopes for local developments where local PVs can reduce dependency on imports.

Some studies on renewable earlier found the grid-spanning entire Europe can get 80 percent of the energy through the wind but the demand will grow in the coming days due to climate change as 2018 was one of the warmest years yet in Europe, which amplifies the need for alternative low-cost option.

Innovative solar farm installation technologies have been developed by researchers where bifacial is the new subsidy-free technology that can absorb energy on both sides. It has become one of the fastest-growing trends in the sector in the UK.

The technology increases the total generation of electricity by more than 20 percent and is expected to overtake gas, coal, and wind, in terms of, generating more power. Last year $131 billion was invested in such projects, although, government subsidies have declined.

The sector is relatively slow to reforms, where the initial panels were low margin products, notwithstanding, the prices have declined and improvement in performance increases scope. Moreover, the researchers are focusing to use different types of substrate material into panels to get more light spectrum and output.