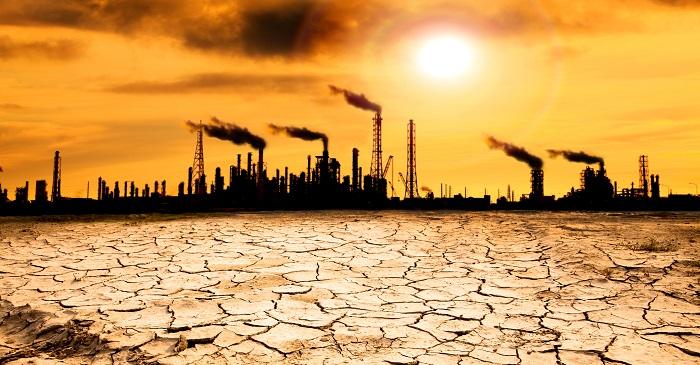 The latest reports on global warming states the condition of high carbon in environment will reach the point of no return in the just15 - 20 years. WoodMac forecasts claim the oil demand will be at its peak, but it can be reduced by shifting vehicles to electric / battery powered engines, which could eliminate the need of 6 million barrels of oil by 2040. The report by UN finds such temperature growth can be prevented by reducing the dependence on fossils and shifting to wind, sun and nuclear energies.

Globally, there exists a need to capture 10 billion to 20 billion tons of CO2 from air to limit global warming by 1.5 degree C. The latest figures expect the countries to de-carbonize their systems by 2050.

Emission reduction goal was set during Paris agreement where countries had to eliminate at least 10 billion tons of CO2 per annum from environment by the middle of the century. The proposal required countries to plant more trees and adopt the method of farming, which helped in increasing soil carbon content.

A number of emission reduction methods are still not considered dependable where the farmers are not clear how soil could trap carbon, and which plants can be used for direct carbon trapping. Many such methods are still highly expensive.

The world will experience severe climatic changes and environmental effects in just 12 years, if strict actions are not taken. The UN panels states - draconian cuts are needed to prevent damage to environment and time is running out. Federal government spent $22 billion on such energies in years from 1978 to 2023, and the reduction of such gases in air is one of the key ways to tackle climate situations.

As per the reports- global temperatures increased by 1 degree Celsius than before industrial revolutions,  and further increase in temperature will result in melting Antarctic ice, which can lead to warmer climates that will intensify coastal storms, raising water level in coasts causing flooding and destruction.

Scientists are aware that certain minerals such as peridotite can bind carbon and promote the conversion of gas into rock.

Many private companies are investing to fulfill carbon reduction targets. In the month, retail giant Amazon announced to install solar rooftops to generate 20 MW battery power to diversify in renewable energy portfolios. The new facilities will allow the company to participate in load management, energy demand management and frequency control.

Globally, different  countries are adopting vivid mechanisms to generate  energy through renewable sources where Saudi plans to build one of the largest solar energy power plant, which will be deliver 200 GW energy by 2030 i.e. three times the country’s requirement. Despite resources, deserts and sunshine available in the country, currently, there are no solar power generation facilities in the country and people are highly dependent on fossils for their energy requirements.

To find out more about solar energy outputs and investment, check 99 Alternatives at (http://www.99alternatives.com).