Stamp for Historical and Cultural Value 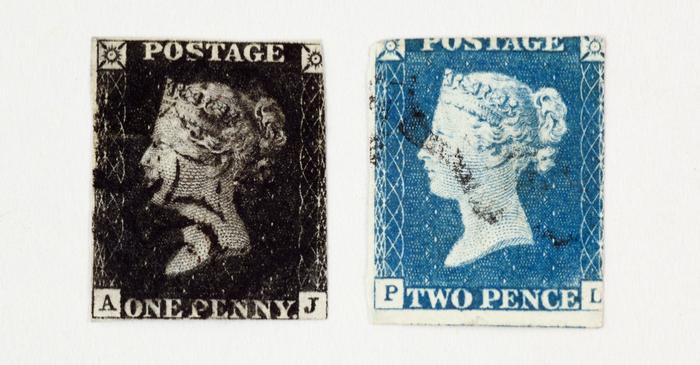 Collectables can be used to ride out downturns of stock markets but they come with a number of risks. Philately was popular in 1950s and 1960s, where a number of young men adopted it as a hobby. Value of such collections grew over time. It can be found that most such compilations made before 1960s are getting higher face value, especially, if these are in good condition, without any damage and if any part of it is not missing. Although a number of stamps with beautifully imprinted pictures can be found such as the ones showing royal weddings or anniversary but the most valuable are the ones, which are rare.

Royal Mail of Britain claims to be one of the first offering postal services, where adhesive bits were issued. One of the stamps Black Penny was issued in 1840 where the name was given over the color and price. But Penny Blacks are not valuable because these were produced in millions and are worth £50 to £100 each. The unused ones in great condition can be sold for £2,500.

The pieces which have genuine errors of production like missing structure, color, mark, or those produced in lesser numbers are valuable.

Some of the most valuable stamps are -

•    The British Guiana 1c Magenta, which was offered on online auction Catawiki, and was sold for $9.5m in 2014 in New York. This was released in limited editions and its delivery was delayed.
•    Another prominent is the Swedish one with misprints, released in 1855. It is named the Treskilling Yellow and in 1996, it was sold for $2.3m.
•    Valuable list of stamps include the Mauritius released in 1847, which is first British Commonwealth stamp where only 26 copies were released. Each of the copies is believed to be of value - nearly £900,000.
•    In US, the most famous of the collectors’ stamps is ‘Inverted Jenny’, where the image of plane upside down has been shown.
•    One of the stamps printed in 20th century with the head of Monarch missing and color off, which lacks perforation can be sold for hundreds and thousands.

The time of Queen Elizabeth II is considered to be the golden era for errors in stamps. Such errors make them rare and valuable.

Rare stamp collection from imperial China will be displayed during Jan 18 to 20 auctions in Honk Kong.  The unused stamps from 1897 have small and large Dragon figures.  It includes the Lam Man Yin’s Small Dragons stamps, 1897 surcharges and Dowagers. The auction will be held by Spink China and there are four examples of the stamp where two are unused and two are used.  The estimated value of these is in the range of US$638,000 to US$766,000. One of the stamps in the auction include the imperforated vertical pair 3ca Large Dragons belonging to 1883 China. These stamps were canceled and have indistinct black seal cancellation mark. The price of Large Dragon stamps can be in the range of US $115,000 to US$128,000.

To find out more about stamp collection investment, check 99 Alternatives at (http://www.99alternatives.com).