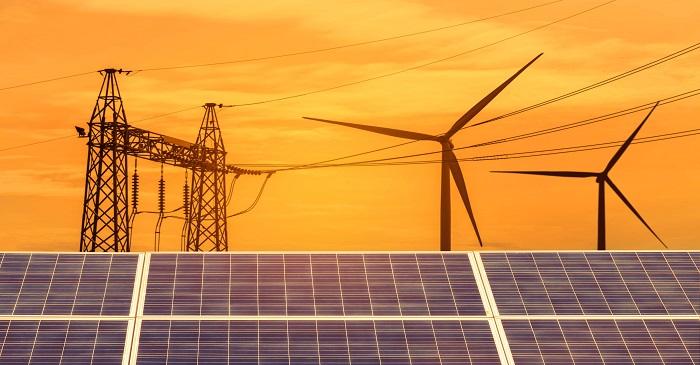 Different renewable technologies can be used together to get hybrid to fulfill 80 per cent energy demand of European nations by 2040 where storage systems, demand response, electric vehicles, interconnectors and power system can be integrated to discharge multi level power needs – as reported by BloombergNEF  (and Eaton and Statkraft). The main hurdle in delivering such system is the lack of transmission system, as it requires interconnection of different technologies. The studies on UK and Germany find clean energy output could exceed 70 per cent by 2030 where the highest contribution of such system will come through solar and wind energies – mostly, due to the ease of implementation and lowering costs.

Better storage facilities can promote easy changeover, where significant benefits could be gained by 2030 leading to 13 per cent reduction in emissions with 12 per cent less needs for fossils.

At present, UK capacity to generate electricity through clean sources is greater in comparison to fossils such as coal, where the divide between the two is almost 50 – 50. The data released by the Imperial College London find green sources were able to generate 41.9 gigawatts and non- renewable 41.2 W. Zero-carbon sources are significantly increasing in the country where two largest wind farms have been set up, and one of the largest projects is proposed to be launched by 2020.

The government is planning to phase out fossils such as coal completely by 2025 and reduced the production of electricity through such source by 25 per cent in the last year. There are at least 6 coal power stations, which have not been revived where the government will decommission the plants instead of renovating it.

Scotland gets 98 percent through renewables

Scotland has been able to harness such zero carbon options efficiently where the government is promoting environmental protection policies with energy efficient home concepts. The shift to low carbon technologies has been supported as economic opportunity with government subsidies. Its 98 per cent electricity comes through wind turbines. Regions such as Orkney generates more power than requirements through 750 domestic wind turbines and large clean energy cooperatives based on different types of energy production concepts  such as split water etc., and the excess is sold back to the National Grid. The local producers are trying to use hydrogen to power ferries, and use it for lighting, heating and refrigeration.   Other green sources such as tidal and emerging wave systems have also been tested in the area.

Germany is highly dependent on cheap coal, and to shift to renewable, it requires technology to generate cheaper electricity through green methods. Such energies should be backed by flexibility in storage, inter connection and demand where one should be able to promote deeper de-carbonization and cheaper delivery mechanisms.  There are other regions targeting to increase dependency on such low- carbon options, and reduce dependency on carbon emitting resources.  E.g. Costa Rica that gets electricity through green sources for at least 300 days in a year and it is preparing to become carbon free completely by 2021.