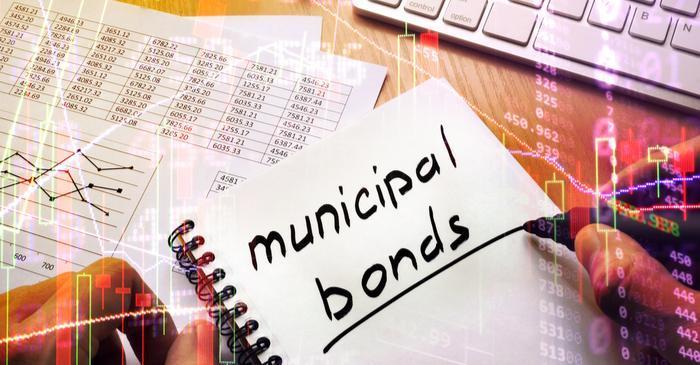 Municipal bonds and bond-related exchange-traded funds offer a stable fixed income stream, and the ETFs can handle higher risks. The latest change in the US tax codes led to an increase in the inflow of funds into such options and its valuation.

Blue state valuation increased after the introduction of 2018 tax laws as it pushed the investors to seek tax exemption into munis. The muni market has been contracting and was getting smaller than a decade ago.

As per the reports by SIFMA, there were over $3.6 trillion munis at the end of first quarter 2019, down from almost $4 trillion (in 2009), mostly due to the eviction of tax exemption on the sale or the advance refunding – which was used to refinance muni-debts.

There are many risks associated with such investments. It is important to select the right kind of bonds to get maximum returns. Investors need to ensure if the suppliers are steady, growing, or not.

Some publicly owned tolls defaulted in the 1970s, and most short-term options come with a floating/variable rate. High rate options can be invested, which comes with a long-term like 10 years with a 5% coupon.

Moody slashed ratings on New York’s largest mall, $300 million municipal bonds, almost two steps down to junk, and assigned a negative outlook –showing that it can be downgraded further.

Moody expects the bond owners to be paid on time, but it reemphasizes the risks associated with it. Overall the market has been in tears as the yields had dropped relative to the US treasuries, and the removal of the state income tax and local property tax deductions left investors with few areas to shelter from Federal taxes.

In 2019, there has been an increase in investments in bond-based ETFs as compared to 2018(as per Morningstar). Inflow increased in taxable corporate and government bonds by 11.5 per cent in the first half of 2019, and gains recorded by munis were up to 9%.

Even though the market has been hit by several unpredictable factors like trade wars, Brexit, interest rate, and Forex, the risk appetite of investors increased, and the equity market, in fact, was in one of the best shapes in June 2019.

The top-ranking is the long-term treasury-based TLT. This was one of the best first half where the bond yield gained with the news of the G20 summit and positive developments over the trade dispute.

The London FTSE100 and EU markets have been positive over the restart talk between Donald Trump and China’s Xi Jinping. The markets were concerned over the billions of dollars tariffs imposed on exports by both countries, which hindered global growth and influenced corporate earnings.

The renewed hope over the meeting and the potential softening from Trump’s side with the rate cut expectations from the Fed Reserve has been creating positivity in the markets. Wealth managers said they expect a prolonged truce between the two nations and strong incentives to prevent further retaliation from both sides.