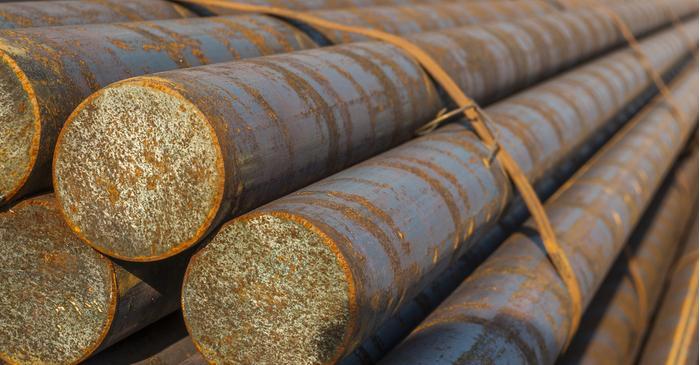 The US-China trade war did not resolve in the first week of May, and since May 5, the price of yuan against USD declined 2.7% to CNY 6.918/USD,  where several experts predict a much steeper decline may be apparent soon that will make ores more expensive and steel prices more contentious.

Iron price was hovering at $100 a ton on May 20, 2019, which increased pressure on China’s currency. There are many other positive and negative developments related to it, where the Singapore exchange settled the June future price of ores at $98.42/t on Monday.

The market was on a holiday on the day, but the futures were traded in the absence of many traders. China expects the price to remain in a range bound and claims the price cannot increase due to higher production, moreover, its price cannot fall due to the decline in inventories.

Trump had imposed 25 percent tariffs on metal imports from Canada and Mexico, and other countries, where he said he was trying to protect the domestic steelmakers and factory workers by imposing the taxes.

The tariffs boosted local production and utilization reached 81.7 percent from 76.4 percent in 2018 as per the data from the American Ironand SteelInstitute.

But the change in regulation hit many local firms who had to pay in excess to get these metals from international markets. Hence, the steel and aluminum tariffs were removed and the step was applauded by the lawmakers and businesses.

The US had imported these metals worth $14 billion from Canada last year, and the tariffs led to retaliation steps from Canada where tariffs of 10-25 percent were imposed on $13 billion American goods in categories - metals, electronics, and food items.

Additional sanctions against Iran were imposed by the US in the base metal sector that includes steel, iron, copper, and aluminum.

These metals generate non-petroleum-related export revenue for Iran, and the sanctions will apply to people or entities operating or engaging in sale or supply, or transfer of goods (or services), in the metals to Iran.

A phase of 3 months from May 8 has been granted to the entities who are involved in such business to wind down operations. These secondary sanctions apply even to non-US firms/ people. With the new announcements, the sanctions on Iran now include - petrochemicals, metals, and oil.