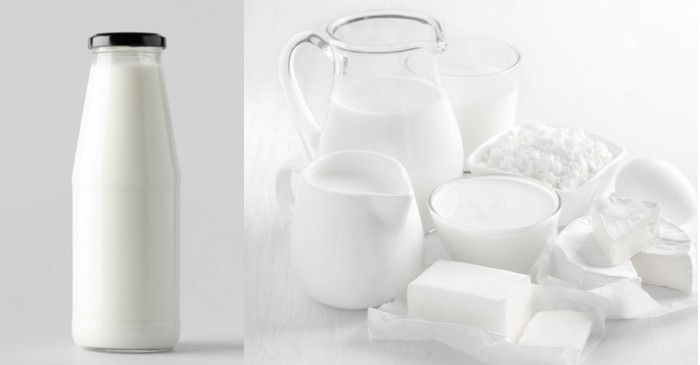 Milkproduction is prone to risk factors such as change in global policies, climate change, and trade war. In Western Europe, the per capita consumption of milk is up to 300 kg a year, while, it can be as low as 30 kg a year, in some African and Asian country.  Growth in emerging economies can raise the demand for milk that will lead to price rise, although, production will also increase. South Asia and European Union are key regions for dairy production but European Union has been hit by bad weather. Return of normal weather can increase milk production. The major dairy consumers are in Asia, where the demand is driven by population growth and increase in per capital consumption of milk (in countries such as China, Vietnam and Indonesia).
Impact of US-China trade tensions on dairy
Worldwide opposition to tariffs imposed by the U.S. hit a number of products. The exports of steel, juice, yoghurt, maple syrups, soups and whiskey from Canada has been affected by these changes.
Mexico and China are planning to impose new tariffs on U.S. pork and dairy products. Also China is planning to impose 25 per cent tariffs on soybeans from the U.S. Overall China will be imposing tariffs on products valued US $ 34 billion which will include dairy.
Dairy products will require renegotiation between the US and Canada through NAFTA (where the Canadian imports of yoghurt was $3 million – that mostly came from Wisconsin).
Mexico is another buyer of the US Dairy product – cheese and new tariffs of 20 per cent has been introduced on the products effective from July 5.
Traded dairy products was caught in between the global trade war where the Fonterra   global dairy trade auction fell 1.2 per cent to  US dollar 3,481 a tonne. The next auction will be held on July 3.
Market performance of dairy
Global dairy market includes products such as butter, cheese, and whole milk powder (WMP) and skimmed milk powder.
Butter is one of the key performers, where the prices climbed 40 per cent to at $6,275 per ton, as per FOB Oceania - in September.  In the EU, the price of butter rose by more than $8,140 per ton due to high shortage in the country such as France.  In 2018, the price of butter may undergo correction but will not go below $4,000 per ton.
Cheese has been a steady performer with price rising at a steady rate of 10 per cent as compared to January 2016.
Cheese and WMP rate will also decline moderately but will continue to maintain rate below $2,000 per ton as per “OECD-FAO Agricultural Outlook”.

Current price and GDT index
Milkprice are highly volatile and dairy products price fell at the Global Dairy Trade auction, where the GDT index was low by 1.2 per cent as compared to auction 2 weeks ago, and the average price of milk was US$3481 a tonne.  Some 21,634 tonnes of product was sold in June 2018, up from 21,580 tonnes two weeks ago, mainly, due to record level of milk processed in New Zealand and improvement in weather conditions.
It is assumed the global milk production will increase by 23 percent by 2025, with an average rate of 1.8 per annum, and most of the expansion will happen in developing countries – as per OECD-FAO Agricultural Outlook.
To find out more about dairy markets, production and trade, click 99 Alternative – (http://www.99alternatives.com).