Impact of Brexit deal or no-deal on Financial Institutions 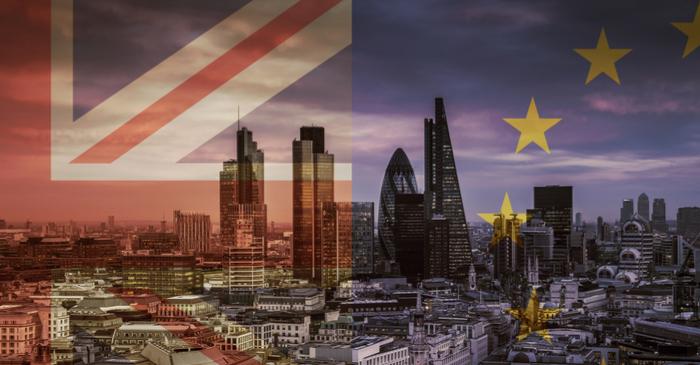 Government debt agencies in EU countries are starting to shift contracts from their London divisions to other parts of the continent to prepare for Brexit. Reuter report claimed the governments are preparing to appoint other entities based in 27 states to help manage their borrowings. Currently, 70 percent of the EU bonds go all the way through Britain through UK main banks. Most leading banks such as Deutsche Bank offer such lending services through the London branches. Such banks are seeking new regions to shift operations.

There are many risks associated with the current situations where, in case of, no deal Brexit, the UK operations will lose the passport rights. Most financial organizations, insurance firms and banking institutions will be effected, in case, UK leaves EU without a deal. Different banks are adopting different methods to handle the procedure of such movement, risk management, maintain investor relations and to handle government debts. E.g. HSBC will rely on Credit Commercial de France, and US banks on broker dealer models during the transition phase. The process involves exchange of documents, legal inputs, redrafting, reviews, migration, contracts and a number of other complexities.

Non-residents Chinese invested $79 billion into Chinese sovereign bonds in Q1, Q2 and Q3 of 2018 as per latest Morgan Stanley report. The biggest overseas position in emerging markets is in Brazilian government debt where foreign investors are holding around $115bn. The next largest holdings can be found in Mexico and South Korea. The foreign holdings of Italian government bonds were down by $3.9 billion in October, mainly, due to the anti austerity and anti European stand of the populist coalition government.

The investors are looking at Euro and dollar denominated bonds as well as gold bonds where Turkish Treasury and Finance Ministry will issue dollar and Euro denominated bonds and will give lease certification on gold from December 17. The application for gold bonds will be collected till Dec 21 and it will be delivered by Dec 28.

On Dec 19, 2018 Fed announced the fourth rate hike from 2.25 to 2.5 per cent that led to a growth in government debt yield. Fed maintained a lower projection related to further increase in rates.  The US government bond prices grew following Fed announcement as the central banks lifted rates.  This was ninth rate hike after the normalizing rates of December 2015 amidst US President tweet against the hike.  The long-term US government debt yield fell amidst the fears of slowing economy and continuous rate hikes. The yield on 30 year treasury lowered below 3 per cent. The US Treasury secretary said the market reaction was overblown over the rate hike; however, there are chances that Fed may not at all increase rates in the coming year, especially, in conditions, when the inflation remains low.

To find out more about government bond investment, check 99 Alternatives at (www.99alternatives.com).