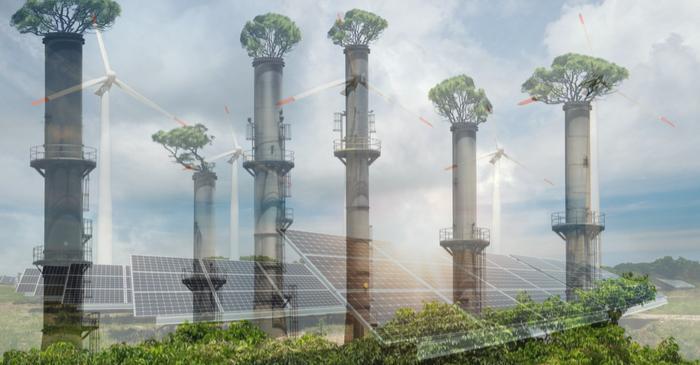 Since 2001, for the first time, the global growth in the zero-carbon area was low y-o-y in last year, even though, the cost of deployment of PVs, wind, and hydro has declined significantly.

The total electricity delivered by such projects was 180 GW net, almost the same as in 2017(IEA data). As per the Paris agreement, it should grow 300 GW, on an average per year, from 2018 to 2030, but the last year's capacity was just 60 percent of the targets.

The capacity deployment stalled in the last year, where economic concerns and geopolitical issues hit the application of new green projects.

Overall such power generation capacity has increased but the emission was high in 2018 by 1.7 percent, and this has worried the environmentalists, who state the decline in costs and effectiveness offered by zero-carbon technologies requires proper government policies to support, with a long-term vision to get optimal benefits.

The global sustainable energy markets have been powered by battery which are an essential component for maintaining the continuity and supply of electricity generated through weather-dependent sources like solar and wind.

The cost of equipment continues to reduce and the backup solutions provided by batteries help to put back power when the weather is unfavorable. Also, it provides a substitute system in the conditions of peak demands.

Sustainable green projects require backup in the form of battery power and Abu Dhabi announced to construct the world’s largest plant to store 648 up to MWH to balance the demand and supplies with a capability to support for 6 hours.

The World Economic Forum claimed these systems offer unthinkable technological developments leading to the Fourth IndustrialRevolution which could supply battery to meet the needs of 1 billion people worldwide.

The competitiveness of wind power has attracted investors from financial services in Europe where they are taking calculated risks to gain higher. The diversified set of investors that includes banks, export credit agencies, and institutional lenders are changing the way they funded these projects as per the WindEurope reports.

In Europe, affordable debts are supported by the lending agencies and now the lenders are more comfortable with the risks associated with such projects as the interest rates are low and risk premium is falling.

The experts believe the current markets are favorable but the governments lack plans to implement them. There are issues in getting the project permitted as it remains delayed by the regulatory obstructions.