Global wind capacity to grow 60 per cent in 5 years 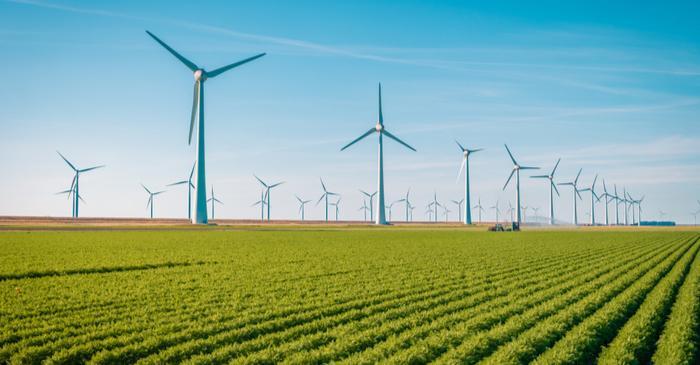 The American government has been estimating over a trillion of dollars may be required to make the transition from fossil to renewable. Recently, a consulting firm in the US compiled an estimated cost of converting to 100 per cent renewable power to be at $4.5 trillion.

The firm said the transition to 100 per cent would require building 1600 GW of new wind and solar projects to replace the fossils along with 900 GW of storage, which could involve the combination of pumped hydro, batteries and other types of devices.

Globally, the wind capacity is expected to grow by 60 per cent in the next 5 years, as per the latest research by Wood Mackenzie Power and Renewable.

The American market upgraded the sector by 16 per cent quarter on quarter, where an upgrade of 3.8 GW could be observed in 2021 itself. The upgrade by 1 per cent was driven by the upgrade in Mexico and Brazil.

The wind has been an important part of Europe’s energy mix. The first generation of turbines is starting to come to the end of their operational life and now is getting replaced by modern designs.

In the last few decades, the turbine capacity improved, and a trend where the turbines are becoming more efficient has started. With the maximum number of installations and simulation to determine the hourly generation at the site over a 37-year lifespan, the overall capacity improved.

The futuristic designs can produce more power at a low price as compared to contemporary designs and are also able to withstand lulls in wind speed better.

Also, it can operate with less backup storage. The scientists claim the estimate is significantly higher than the previous assessment.

The EU aims to reduce the GHGs by almost 80 to 95 per cent by the mid of the century amidst mounting pressure from the members.

The increased production of wind turbines across the European continent could technically provide more than 10 times the requirement – as per the latest research by German researchers who examined the wind speeds, available land and designs. Actually, 100% of the energy is not feasible due to various constraints.

The nations in the continent, including the UK, have struggled to promote such developments to meet the targets.

The wind has the potential to become one of the biggest contributors to the region’s power in less than a decade. Germany has been planning to completely switch to renewable by 2050.

The paper published in the journal Energystates the advancement in technology can lead to the production of low-cost electricity, which can be cheap as compared to previous estimates.

In the UK, such projects have been dormant since 2015 as the government removed subsidies. Also, Hungary and Poland blocked the attempt by the EU to score more points by refusing to sign up for a pledge to go carbon neutral by 2050.

Poland said the countries in the content should be allowed to follow their individual paths at their own pace with the transition.