Global oil gains due to US – Iran tensions 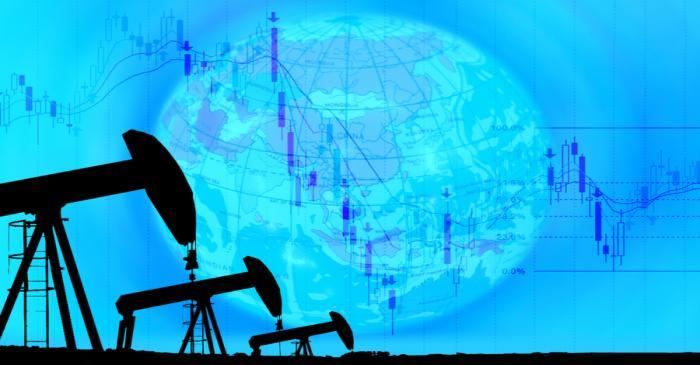 Brent crude futures were at $64.86 a barrel and the US crude futures settled at %57.90 a barrel. Brent climbed 5 percent and crude increased 10 percent as tensions increased between the US and Iran as Iran shot down a US drone.

Washington blamed Iran for attacking but Iran denied any role in the attack. Trump called off a retaliatory attack last week on the nation at the last minute, preventing exponential gains in oil.

The markets have reemerged from the risks and now waiting to get positive information related to the US Sino trade talks during the G20 meeting. One of the key factors having a strong impact on crude is the decline in demand.

Slowing economic growth and weak manufacturing data by the Federal Reserve Bank of Dallas created further worries related to it. Supply in the sector is expected to remain tight as the OPEC + alliance has extended the deal to curb production to restore price.

The meeting of the countries is proposed to be held in Vienna on July 1 – 2 to discuss strategies for production and global supply/demand ratio control.

The price was down almost 20 percent since the 2019 April hike, mainly, due to US-China trade issues and poor economic data where the global demand was low.

China’s industrial output slowed this year to almost 17 years low – as per the National Bureau of Statistics, and all the major agencies reported weaker demand, which resulted in a decline in rates.

In the last few months, the demand for crude improved with investors who were interested in buying in high-risk assets as the rate cuts were announced by the US central banks and the European banks.

A weaker dollar against major currencies also created a support line for it and other macroeconomic factors were supporting the rates.

The price of oil was not been surging in the last few years, despite attacks, trade war, and other political and economic issues. The production of US shale increased and there are a lot of supplies in the market.

Hedge funds were a net seller of almost 3 million barrels in 6 important crude futures in the last weeks, and some money managers continued to increase shorts and reduce longs but the war tensions helped in halting the sell-off, increasing the long positions.